Prepare for the show of a lifetime! That's right, this year the The Wiltern is proud to present Gramatik live on Friday 16th February 2018 – internationally acclaimed and raved about worldwide, this performance will be like nothing you’ve ever seen before! Grab your tickets NOW while you still have the chance!! Don't get caught out with service fees or shipping charges on your order. Purchase tickets direct from this website to avoid hidden fees! 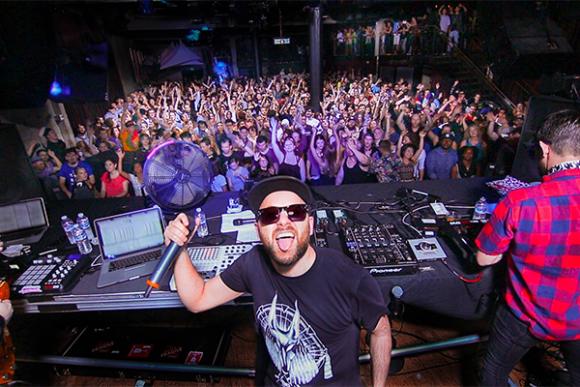 Denis Jašarević – AKA Gramatik is a huge star on the electronic music scene with his effortless blend of dubstep, electro, trip hop, hip hop, and glitch, making his sound a unique and distinctive one! Starting off growing up in Portorož, Slovenia, he wasn't completely in the loop with the going's on but made sure to listen to hip hop artists that were big on the US scene such as RZA, Dr. Dre, DJ Premier, and European electronic music of the early 2000 – this combination created a new genre which would later become his trademark!

At just 13 years of age, Jašarević began to produce hip-hop music using his desktop PC. And with his tracks he was able to promote them with the help of the online music store Beatport, this was a major move for his early career and helped him to promote his songs to the United States and Europe! "I didn't even expect the album to sell one track on Beatport, nothing else was sold on beatport except techno and house. When I dropped my album and it started selling, I was really surprised, since I'd never seen a hip-hop album sell on Beatport. So when it sold, I was like 'Wow!' These were hip-hop beats, but it was labeled 'Chill Out' on Beatport. People saw it and thought it was awesome good chill out music, which is fine for me. I didn't expect it at all, and I didn't expect someone to reach out to me as a booking agent."

With a move to the USA, now living in New York City, Jašarević was able to release a debut album and then later via Pretty Lights Music label as its first new artist, together they have the ethos of "morally right for music to be primarily free."

Gramatik now has triumphed and is a huge influence on the electronic scene with – 9 albums, 3 EPs, numerous singles and remixes and was nominated for European MTV Music Award in 2014. Plus recogniztion from musicians, fans and producers a like. Join him as he hits the stage for the winter of 2017 – 2018!!