Finnish rock band Him are one of the biggest bands to come from the Scandinavian region of Europe with over 8 million album sales worldwide and "Join Me In Death" became the best selling song on Finnish history! The band have recently announced dates for their upcoming Tour which will include the The Wiltern this December 16th! The band are also set to release a limited edition boxed set entitled Lashes To Ashes, Lust To Dust’which will include a USB drive with 37 bonus tracks, pretty cool….we think so! Grab your tickets now! 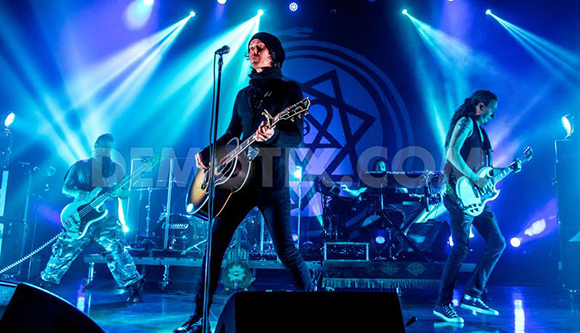 Formed in 1991 they are considered the biggest rock ever to originate from Finland, with worldwide sales reaching well into the millions and multiple critically acclaimed albums they are a huge force in the rock world. HIM had five of their studio albums certified platinum in Finland with Razorblade Romance being certified double platinum in Finland and platinum in Germany. Woving a blend of alternative and metal music, they perform some of the liveliest rock concerts ever seen!