The hip electric duo, Hippie Sabotage, invites you to vibe and dance as they take you on their Rooms of Hallucination Tour stopping by The Wiltern on Friday, 14th January 2022. The duo is widely known for their remix of Tove Lo's "Stay High" with now over 900 million views on YouTube. They dropped their album "Red Moon Rising" a year ago that resonates overcoming adversity. Inspired by skateboarding videos with background beats, the duo skyrocketed to create powerful beats that fans couldn't get enough of such as "Devil Eyes", "Running Miles", "Your Soul", and the club favorite remix of "Stay High". It's time to chill, party, and dance to better days ahead with the hip duo, Hippie Sabotage, so book your tickets now! 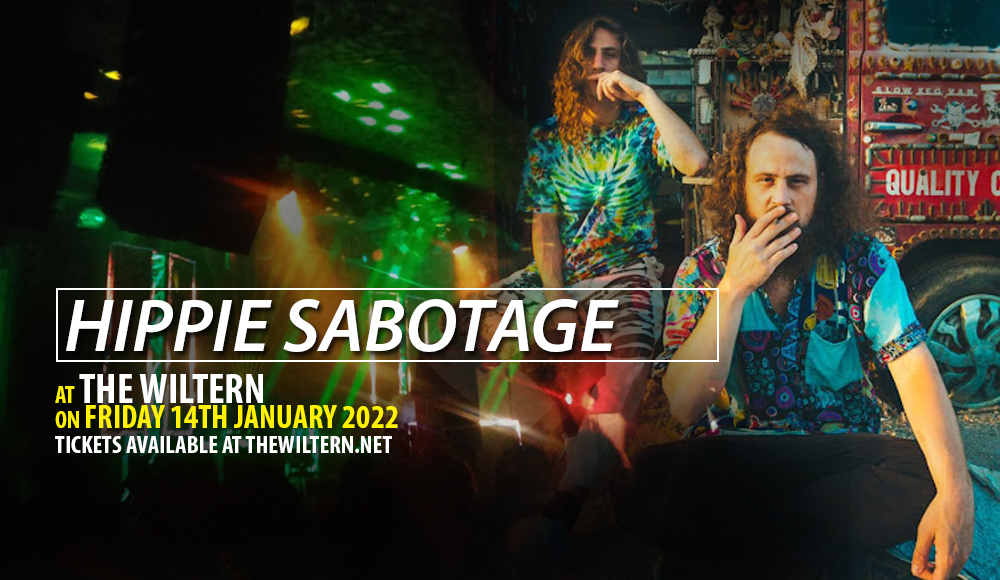 Behind the hip duo are brothers Kevin and Jeff Saurer from Sacramento California. Inspired by Skateboarding videos with cool beats, this led the duo to take on making their own music. Started off in 2005, the duo has since served smashing beats and fan-favorite tracks. "… and one day I saw Jeff tinkering around on the computer making beats, and I had started playing guitar…, and we've been doing it ever since!" says Jeff in an interview with Mix 247 EDM as he talked about inspiration from skateboard videos and what sparked them to create music.

Kicking it off with their 2013 EP "Vacants" and their 2014 album "The Sunny Album, the duo received wide attention and acclaim as Elli Goulding posted the Hippies' remix of Tove Lo's "Stay High" which made rounds around the globe and hit #1 on Billboard's Next Big Sound chart.

By 2016, they dropped "Providence" that featured the fan-favorite single "Devil Eyes". With electric dance and chill tracks, fans can't get enough of the duo's hip beats. Just a year ago, they dropped their latest album "Red Moon Rising" which resonates a hippie's ode to overcome adversities.

It's time to rise, vibe, party, and dance to celebrate better days ahead. Let the electric hippies, Hippie Sabotage, lead the way. Book your tickets now!