Indie pop-rockers iDKHOW or "I Dont Know How But They Found Me" composed of the duo Dallon Weekes and Ryan Seaman are set to bring the mystery to life at a co-headlining tour named the Welcome to Hellvetica Tour with a stop at The Wiltern on Sunday, September 11th, 2022. As a long-lost band who secretly started stepping into the scene whilst performing alongside their previous projects, iDKHOW soon caught the public eye for their indie debut hit single "Choke" in 2017. From then on, iDKHOW won the hearts of listeners in the indie pop-rock and alt-rock scenes. With their debut album Razzmatazz released last 2020, iDKHOW is set to make it big time as pop-rock's next big thing. So, save yourself a seat by booking those tickets now! 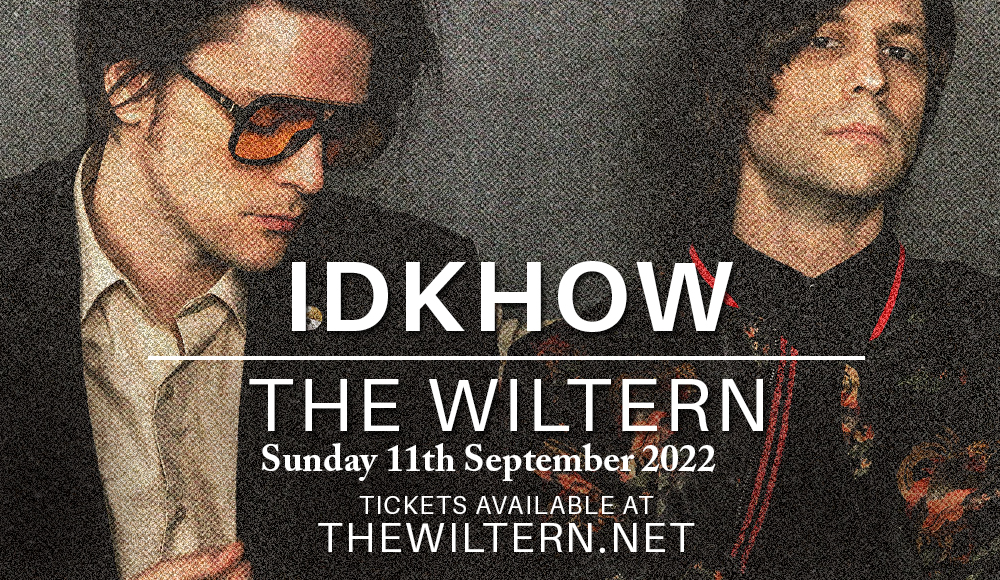 Longtime friends Dallon Weekes and Ryan Seaman worked together whilst being part of their own other projects. Seaman was part of the band Falling in Reverse, while Weekes was part of Panic! at the Disco. Weekes confirmed in interviews that the whole project and idea of "I Dont Know How But They Found Me" had existed since 2009. It wasn't until 2017 when the duo left their former bands and formally kickstarted the journey of iDKHOW.

They released their first song "Modern Day Cain" in 2017, and their follow-up single "Choke" peaked at #7 on iTunes' Top 100 Alternative Music charts. The song also charted on Billboard's US Alternative Airplay and Hot Rock & Alternative Songs charts. "Choke" is awarded a Platinum certification from the RIAA.

With a longtime secret finally out in the wild, Weekes and Seaman are set to bring iDKHOW to the limelight with music that isn't secret anymore. The duo released their debut studio album "Razzmatazz" last October of 2020, taking a place on the Billboard 200. The album features their singles "Leave Me Alone", "Razzmatazz", "New Invention", and "Lights Go Down". A year later, they dropped "Razzmatazz B-Sides" with its singles "Debra" (Beck cover) and "Mx. Sinister".

With live TV debut performances and sold-out shows after their big album debut for Razzmatazz, iDKHOW is set to continue making big waves in the indie pop-rock and alt-rock scene. With a growing fanbase and increasing amounts of streams for their angsty and emo-pop goodness, Weekes and Seaman are set to take it to the next level at the Welcome to Hellvetica Tour.