Viral sensation and teen heartthrob Jacob Sartorius is coming to The Wiltern on Sunday 25th February 2018 as part of The Last Text World Tour!!! The singer, song writer and social media star will be joined by Zach Clayton and Hayden Summerhall on his international stint, and he had this to say about the show:

“Nothing makes me happier than getting to meet my fans on tour. I’m super excited to bring my show overseas and share my love and appreciation to fans all over the world!” 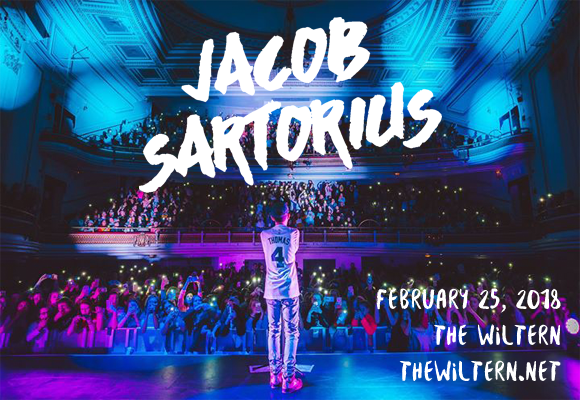 Performing in musicals from the age of 7, American singer and internet personality Jacob Sartorius first gained public attention in 2014 when, aged 11, his anti-bulling message on Vine went viral. After gaining some popularity on Vine, Sartorius joined  Musical.ly later that year, where his popular lip-synch videos led to him becoming one of the app's top stars with over 14 million followers. Sartorius' debut single “Sweatshirt” was released independently in 2016. He released The Last Text EP in January 2017.