The man who lit us all up, James Arthur, isn't letting go of his love for music and his fans as he's back on the road, taking the stage at The Wiltern on Tuesday, 26th April 2022. With a voice of soul, pop, and R&B, James captured the hearts of fans all over the world with hit singles such as "Impossible", "You're Nobody 'til Somebody Loves You", Say You Won't Let Go, and many more. He recently dropped new singles namely, "Medicine", "September", "Avalanche", and "Emily" from his upcoming album "It'll All Make Sense in the End". James is back stronger than ever, after some struggles, he says ".. there's a lot to be hopeful about… There's an end in sight". After a period of time the world took on struggles of its own, James is here to let fans know that an end is in sight, and a new beginning emerges, and as he sings his heart out to your favorite tracks and new music live on stage. Book your tickets now! 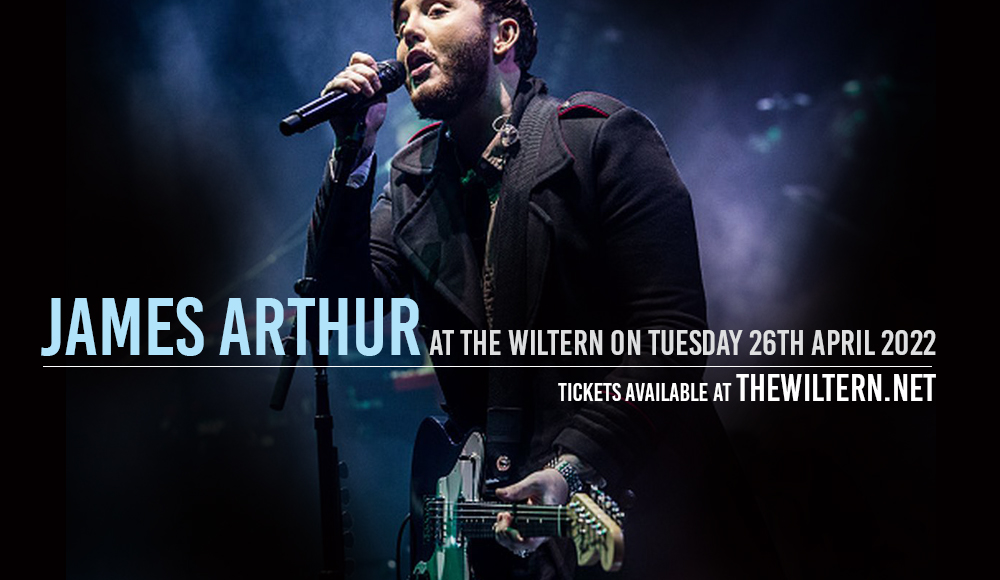 Finding his roots in England, Arthur started writing and recording songs and performing with different bands at 15, having pop/rock, hip-hop, and R&B influences throughout his career. He found success as he won the ninth season of The X Factor UK, with his winning song, his cover of "Impossible" by Shontelle, released as a charity single for Together for Short Lives, was the fastest selling X Factor winner single having topped the UK singles chart in the first week.

By 2013, he dropped "You're Nobody 'til Somebody Love You" reaching #2 in the UK. He then released his debut album, "James Arthur" debuting at #2 in the UK. Later on by 2016, Arthur re-emerged with "Say You Won't Let Go", a chart-topping hit from his 2nd studio record "Back from the Edge". The album featured the singles "Say You Won't Let Go", "Safe Inside", and "Can I Be Him".

After releasing a couple new singles from 2017 such as "Naked", "You Deserve Better", "At My Weakest", and so on, he finally dropped his third album, "You", by October of 2019 which peaked at #2 in the UK charts.

He's won awards for "Best International Song" from Los Premios 40 Principales, "International Breakthrough of The Year" from NRJ Music Awards, "Award Winning Song" from the BMI Pop Awards, and other nominations as well.

Now, it's all making sense. James Arthur is back and is stronger than ever. He's been through ups and downs, but he ain't letting go for sure. His upcoming album "It'll All Make Sense in the End" is dropping soon, and he's been giving us new doses of the 'medicine of fresh new music as he embarks in this new era.

Get a dose of your favorite James Arthur bops, hits, and brand new music live at The Wiltern on Tuesday, 26th April 2022. Book your tickets now!