Award-winning actor and music artist Jamie Foxx has just added another feather to his cap. With the release of his first memoir, "Act Like You Got Some Sense: And Other Things My Daughters Taught Me", Jamie Foxx, as a book author, will be hitting the road for a book tour. Grab a copy of his book as he swings by The Wiltern on Wednesday 20th October 2021. Now a definite act that would truly make sense is to get your tickets early on. A lot of fans wouldn't dare miss this Foxx sighting. Book your tickets now! 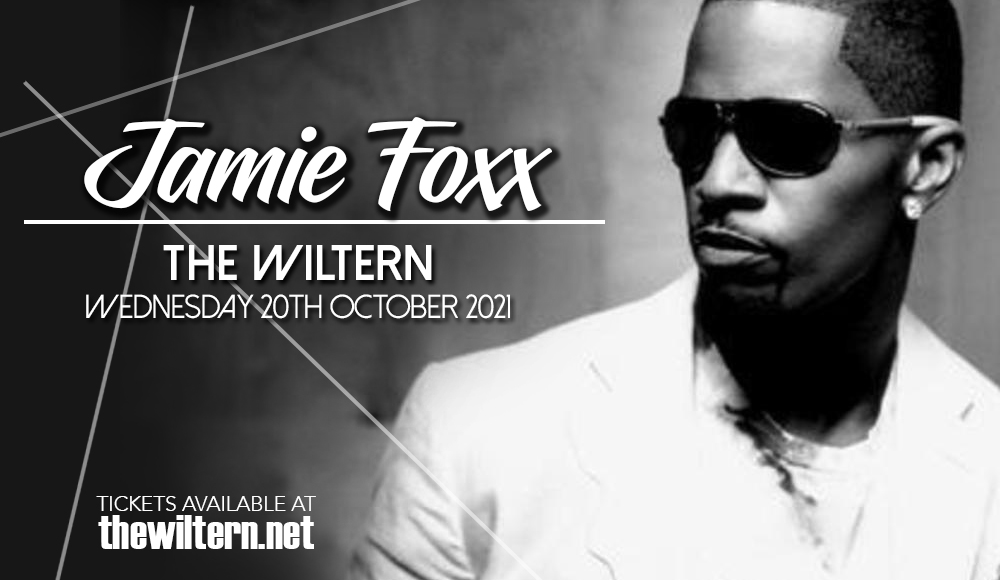 The multi-talented and multi-awarded Jamie Foxx has ventured into another creative endeavor to add to his incredible list of achievements. Jamie Foxx has recently released his first memoir, "Act Like You Got Some Sense: And Other Things My Daughters Taught Me". See parenting and other lifes' lessons through the eyes of Jamie Foxx, as he culls stories of learnings from his childhood, primarily from his grandmother who raised him, and from experiences in Hollywood.

“When I am deep in the weeds, trying to figure out how to parent my daughters, it is the voice of my grandmother I hear in my head, encouraging me, and of course yelling at me when I’m messing up as a parent. Thanks to her, I knew that it wasn’t about always being your kids’ best friend but being a parent. Even when it means you gotta be tough with them. Sometimes you gotta be tough because you love them. Just like she always loved me,” said Foxx in a statement.

One of Jamie Foxx's biggest Hollywood breakthroughs was his portrayal of Ray Charles in the 2004 biographical film "Ray" The role gave him many much-coveted awards for winning the Academy Award, BAFTA, Screen Actors Guild Award, Critics' Choice Movie Award, and Golden Globe Award for Best Actor in a Leading Role, becoming the second actor to win all five major lead actor awards for the same performance. He is also an accomplished music artist, having won Grammy Awards for producing four albums, which have charted in the top ten of the U.S. Billboard 200.

A bonafide Hollywood star is but a rare sighting, so get this chance of a lifetime to be in the presence of Mr. Jamie Foxx. Tickets are available now.