The guy we all love who just doesn't want 'another pretty face or 'just anyone to hold and his love to go to waste', Jesse McCartney, is hitting the stage at The Wiltern on Saturday 25th June 2022 (Rescheduled from Wednesday 8th December 2021) to meet your beautiful souls as he serenades you with hits and fan-favorite tracks such as "Right Where You Want Me", "She's No You", "Better With You", "Beautiful Soul" and many more! After making an appearance as the "Turtle" in Fox's The Masked Singer's third season, he's set to bring us his new album "New Stage", and just recently dropped his new single, "Kiss The World Goodbye" where he sings about an extra special bond with a special someone. So don't let this love go to waste, meet the beautiful soul himself, Jesse, as he sings his heart out to all his fans' beautiful souls. Book your tickets now! 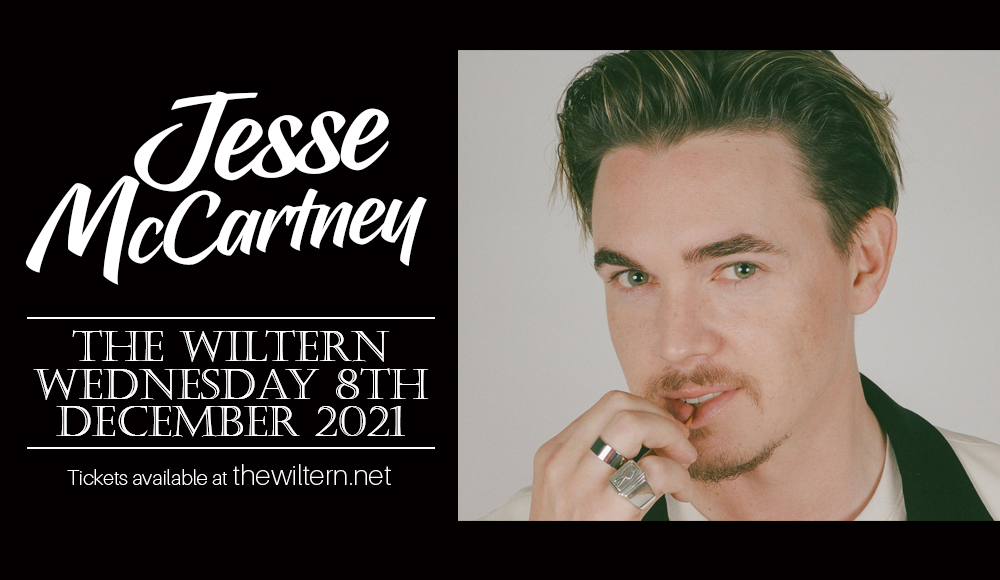 Jesse McCartney made his first waves as a member of the boyband Dream Street in 1999. By 2003, he dropped his first solo EP that featured the successful fan-favorite hit "Beautiful Soul", "Don't You", and "Why Don't You Kiss Her". By 2004, he released his first studio album, "Beautiful Soul", which has been certified platinum. He made notable appearances in Disney shows and films, won categories in the Radio Disney Awards, Teen Choice Awards, etc. From there, he, later on, dropped his second album, "Right Where You Want Me", that reached #14 on the Billboard 200, then by 2008, his third album "Departure" marked his growth and departure from his Disney days, with lead single "Leavin" hitting #10 on the Billboard 100 being his highest-charting single.

He, later on, served his fourth official studio album, "In Technicolor" which further highlighted his growth and artistry. Jesse continued to bless his fans with singles "Better With You" and "Wasted" in 2018, and "Yours" and "Friends" by 2020. The blessing continues as he announced his upcoming album, "New Stage".

So, get yourself ready for the blessing to come, your favorite tracks live on stage. Book your tickets now!