Jessie J is coming to The Wiltern on Thursday 1st November 2018, and she will be serving it with a "Bang Bang"! The British singer is supporting the release of her latest album, R.O.S.E., which sees a more confessional side to the performer, who can't wait to bring her show to the U.S.:

"My favorite thing to do since I was a little girl is to sing for people! And it’s on stage that I feel my best! This is a dream come true. My first ever U.S.A tour. AND to make it even better the amazing @RoJamesXIX is opening! I can’t wait! <3", she wrote on Instagram as she announced the exciting stint. 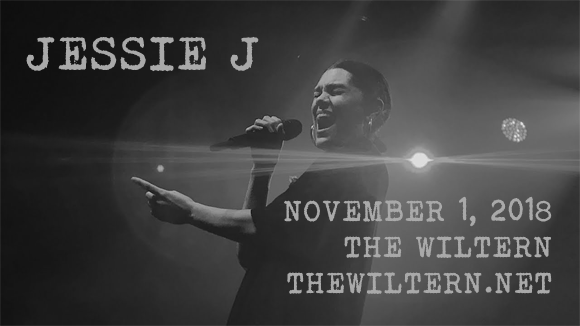 English singer and songwriter Jessie J began her career writing for artists including Miley Cyrus and Chris Brown. Her debut studio album, Who You Are, was released in 2011 and spawned the UK top ten singles "Do It Like a Dude", "Price Tag", "Nobody's Perfect", "Who You Are", "Domino" and "Laserlight", making her the first British female artist to have six top ten singles from a studio album. To date, she has sold over 20 million singles and 3 million albums worldwide. She has released four studio albums, and her most recent album, R.O.S.E., was released by Republic Records in four parts, starting on 22 May 2018, and finishing on 25 May 2018, with a part being released on each day. She has served as coach and mentor on the television shows The Voice UK and The Voice Australia.