Ukrainian metal band Jinjer just announced a fall 2022 tour with P.O.D.! The headlining trek is held in support of their fourth studio album, Wallflowers. On Thursday, 22nd December, Jinjer and P.O.D., along with other support acts, such as Space of Variations and Malevolence, will be conquering the Wiltern in Los Angeles! This hard-hitting line-up is set to deliver colossal hits and fan favorites. So, you better prepare your necks because this night at the Wiltern calls for relentless headbanging and neck-breaking! If you want to be part of this awesome experience, you better grab your tickets now! 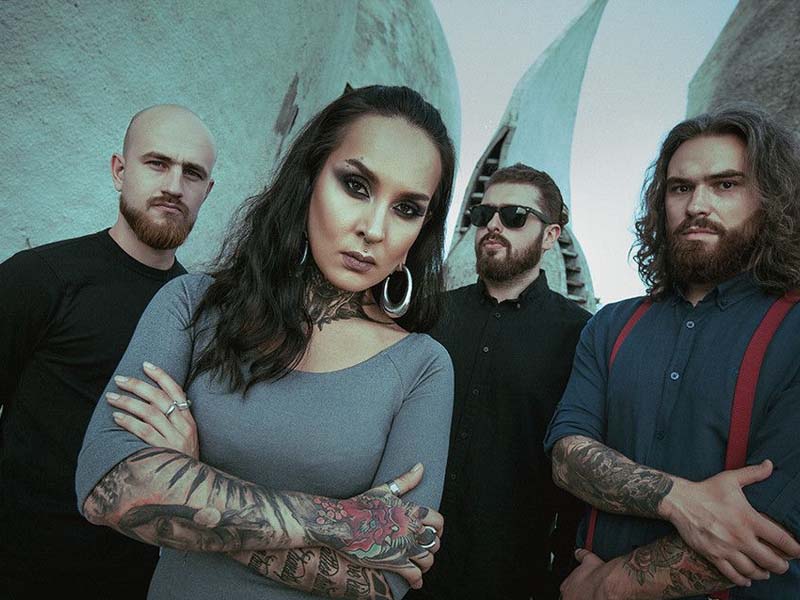 Jinjer is a progressive metal band from Ukraine. They emerged in 2008 with the original singer Maksym Fatullaiev, guitarist Dmitriy Oksen, drummer Vyacheslav Okhrimenko and bassist Oleksiy Svynarand. These founding members came out with their debut EP in 2009 titled, Objects in Mirror Are Closer than They Appear. During their early years, the band underwent several line-up changes and dropped self-released EPs. In 2013, the band won the Best Ukrainian Metal Act award held by Kyiv's InshaMuzyka label.

In 2014, the band released its debut album, Cloud Factory. The album was later picked up and re-released by the independent heavy metal music label Napalm Records. Jinjer started to tour overseas. This time the line-up comprises vocalist Tatiana Shmailyuk, guitarist Roman Ibramkhalilov, bassist Eugene Abdukhanov, and drummer Yevhen Mantulin. In 2016, the band’s singles “Pisces” and “I Speak Astronomy” from their second album, King of Everything, became viral on Youtube. Moreover, Metal Hammer named “Pisces” one of “The 100 Greatest Metal Songs of the 21st Century.” During the summer, the band’s consistent tours all over the world were commended by the Ukrainian government. Hence, Jinjer was named the official ambassador to the country.

Grammy-nominated Christian metal band P.O.D. will support Jinjer on this much-anticipated tour. The band has released 11 studio albums and sold over 12 million copies worldwide. Their 2001 studio effort, Satellite, earned triple-platinum status after selling more than three million units. The album debuted at number 6 on the Billboard 200 and entered the charts in 17 other countries.

Tickets to see Jinjer, P.O.D., and other acts at the Wiltern are now available! Score your tickets now to experience this jam-packed lineup!