Comedian, commentator, marshal artist and podcast host Joe Rogan comes to The Wiltern on Sunday 31st December 2017 as part of his Strange Times stand-up tour! The no-holds-barred comedian will be tackling the subjects of the day, leaving no stone unturned – be warned, this show is not for the faint-hearted! 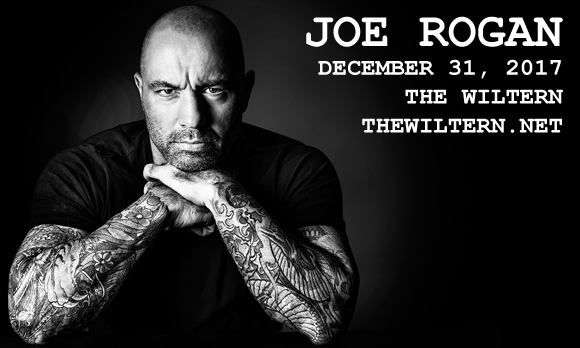 American stand-up comedian, color commentator, podcast host, and retired martial artist Joe Rogan first began his career performing blue stand-up comedy routines  in the Boston area in the late 1980s. A relocation to Los Angeles in 1994 lead to Rogan signing an exclusive development deal with Disney, and he landed work on the TV shows Hardball and NewsRadio, as well as spending his time working in local comedy clubs. Rogan began working for the Ultimate Fighting Championship (UFC) as an interviewer, and became a color commentator there in 2002. Rogan's first comedy special was released in 2000, and since then he has gone on to produce seven more specials. Rogan launched his podcast, The Joe Rogan Experience, in 2009, and it has since become one of the most popular podcasts available – in October 2015, it was downloaded 16 million times.