Intelligent and accomplished guitar shredder, Joe Satriani comes to The Wiltern on Friday 12th June 2015! Joining him on his 'Shockwave Tour' is his former student Steve Vai.
Joe Satriani is the biggest-selling instrumental rock guitarist of all time! Known for his successful teaching abilities that have transformed his students and gained them worldwide fame. Satriani was first recruited by Mick Jagger as lead guitarist for his first solo tour and In 1994, by Deep Purple! Joe has influenced many with his unbelievable skills – seeing him perform LIVE is a truly mesmerizing experience and will leave you star struck in your seat! Grab your tickets now… 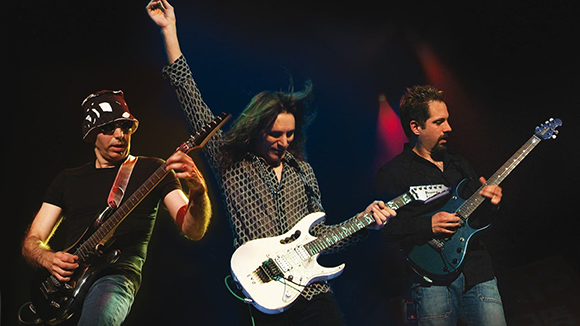