Strokes frontman Julian Casablancas has announced more tour dates with the Voidz. Dropping in just a few days their new album 'Tryanny' with the press release describing it as "world underground music from the ‘70s and ‘80s, hardcore/ punk and modern harmony, using modern and analog recording and sampling techniques.” Definitley something to look forward to. See them perform music from their new album live at the Wiltern on November 6th, see you there! 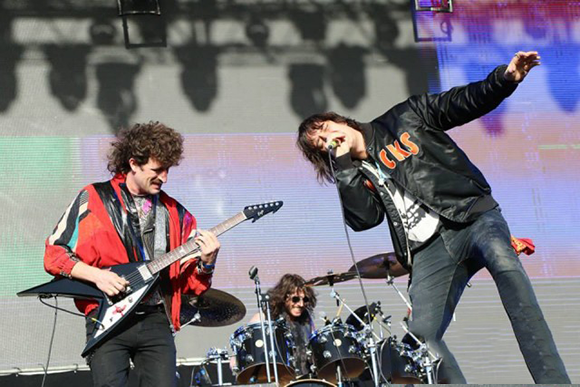 Julian Fernando Casablancas is an American Musician, singer-songwriter, busy working on various different projects, he is the lead vocalist of The Strokes, he also is a successful solo artist, and has is currently collaborating with the The Voidz. The New York artist style is considered a mix of Indie, rock, new wave, post-punk and synth-pop. He has also collaborated with other big names including: The Sick Six, Queens of the Stone Age, The Lonely Island, Danger Mouse, N.E.R.D, Santigold, Digitalism (band), Pearl Jam and Daft Punk.