The sensational global co-ed act from South Korea, KARD, is finally back with a new EP named "Re:". During the first week of its release, the album sold over twenty-thousand copies, about 5x the group's previous record. The big comeback was welcomed with their new hit "Ring the Alarm" which is their first release in two years. Set for global domination, the co-ed group is making its way back to the US on their '2022 WILD KARD TOUR IN NORTH AMERICA'. The 11-city trek includes a stop at The Wiltern on Friday, 26th of August 2022. Don't miss out on KARD's biggest era yet, live on the big stage by booking your tickets now! 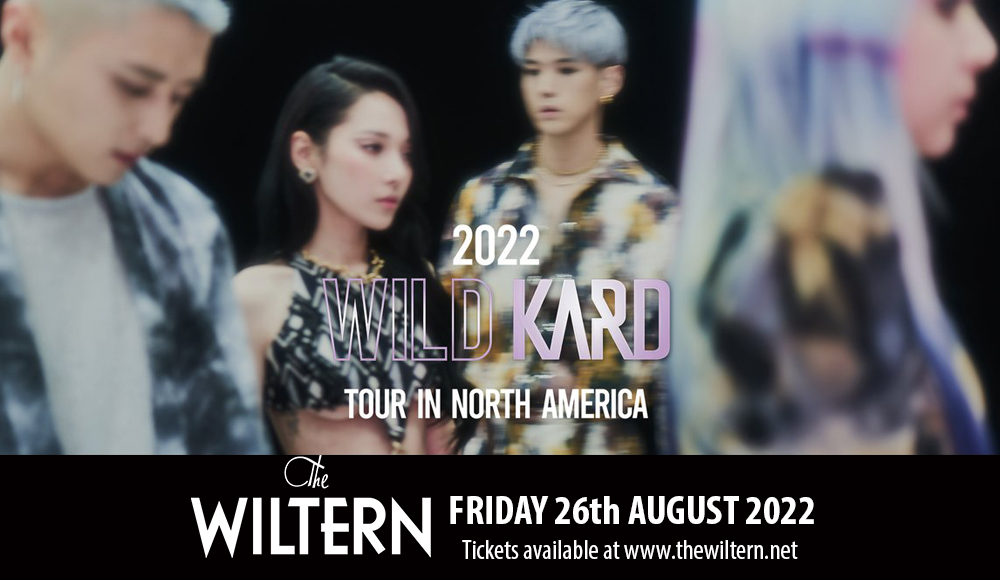 KARD made their highly-anticipated comeback with their fifth mini album "Re:", after 2 years since their last single album "Way with Words" in 2020. "Re:" features their newest single "Ring the Alarm" where J.Seph, BM, Somin, and Jiwoo where they sing "Ring the alarm / Come here and get on the ride quickly / (What you want, what you need, I’ll deliver) / Follow the body signal, move it / You’ll be mesmerized," in its energy-inducing chorus matched with their astounding choreography.

Along with the much-awaited return of new material from the group in the airwaves, KARD is flying to the US to kickstart the '2022 WILD KARD TOUR IN NORTH AMERICA', an 11-city trek with a stop at The Wiltern on August 26th.

This big new era took fans by surprise after the group took a brief pause while J.seph was completing his mandatory military service. "We always talked for at least an hour on the phone, and we wrote him tons of letters," Jeon Somin shared in an event before the release of "Re:".

Set to embark on a world tour in support of their big comeback, "We had so much fun making this album and realized how we’re happy making music together and performing as a group," said Jeon somin.

Mixed-gender groups are considered rare in the industry, with a few names unable to have a successful break. Though that didn't stop the two fine men and women from taking their shot at making it big on the global K-Pop stage. During their 2017 debut, Forbes remarked that KARD was "headed for worldwide success" after quickly taking the international scene by storm, having gained significant popularity through their North and South American tour back then. Billboard hailed them as "one of the most successful co-ed K-pop acts to ever exist" when their debut EP "Hola Hola" hi #3 on the World Albums Chart.

KARD's notable bops and hits include "Hola Hola", "You in Me", "I Can't Stop", "Gunshot", "Bomb Bomb", and their newest single "Ring the Alarm".

With "Re:" dominating airwaves and the hearts of fans around the world, KARD is set to embark on a world tour after their show in Seoul, kicking it off with '2022 WILD KARD TOUR IN NORTH AMERICA'.

Don't miss out on the one and only KARD live on stage at The Wiltern on August 26th by booking your tickets now!