English rock band Kasabian will be playing at The Wiltern on Wednesday 8th October 2014. Having released four studio albums, their award-winning music has been described as a mix between Primal Scream and The Stone Roses with the 'swagger of Oasis'! Don't miss Kasabian live at The Wiltern this year. Their live performances are nothing short of amazing! 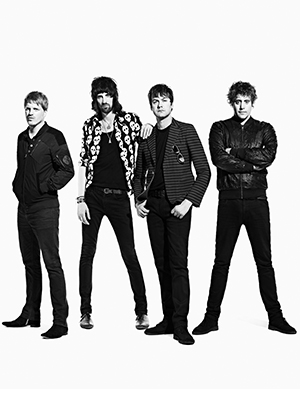 2014 is a big year for Kasabian. They are playing a gig in England around the ten year anniversary of their debut album and they will be headlining the Pyramid Stage at Glastonbury 2014. Don't worry though, you have a fantastic opportunity to see Kasabian here at the Wiltern!

Their new album is set to be released this year, so join in the celebrations and get your ticket now to see this incredible band live!