Kick back and enjoy the sound of funk-laden Thai-influenced psychedelia, as Khruangbin comes to The Wiltern on Sunday 11th November 2018 promoting their critically acclaimed new album, Con Todo El Mundo! With some seriously chill grooves, these Texas natives create lush, intoxicating soundscapes that effortlessly blend and weave – good vibes all round! 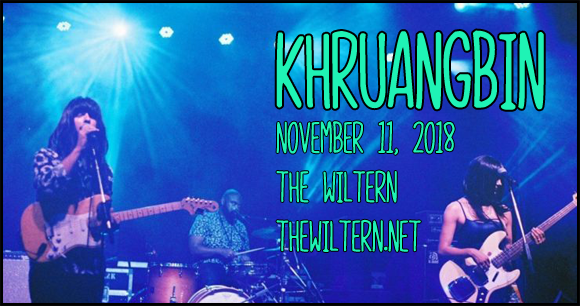 Khruangbin are a psychedelia-influenced electro-funk band from Houston, Texas. Formed in the late-2000s, the band is comprised of Laura Lee (bass), Mark Speer (guitar), and Donald Ray "DJ" Johnson Jr. (drums). Lee and Speer met whilst playing in Rudy Rasmus's St. John's Methodist Church gospel band in Houston, Texas in 2004 and the band fully formed in the late 2000s. Their debut, The Universe Smiles Upon You, was released in 2015 and the band released their second studio album, Con Todo El Mundo, in January 2018.