After wrapping up their successful spring U.S tour, Japanese psychedelic rock band Kikagaku Moyo now takes on an 18-date North American run this September and October. On Thursday, 22nd September, Kilagayu Moyo is taking over the Wiltern in Los Angeles! This much-anticipated show is set to deliver the band's biggest hits, crowd-pleasing tracks, and a slew of new songs from their latest album, Kumoyo Island! The band recently announced that they are going on an indefinite hiatus after their 2022 tour. Thus, this is your last chance to see Japan's funky, psychedelic phenom. So grab your tickets now before it’s too late! 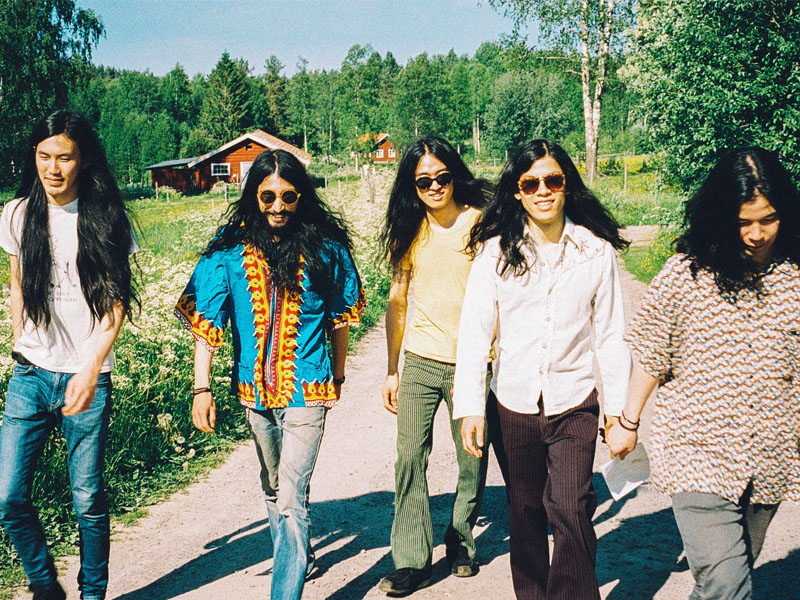 Formed in Tokyo, Japan, in 2012, Kikagayu Moyo has captivated foreign fans in the U.K and U.S. The quirky quintet, who found each other through the love of the same music and movies, performed their brand of psychedelic rock music in their home city, often attracting foreign visitors instead of local music enthusiasts. This eventually led the band to pursue a tour abroad. One year after releasing their self-titled debut album, they flew to the U.S. to perform at the prestigious Levitation Festival in Austin, Texas. In the same year, they signed with a New York-based independent record label, Beyond Beyond is Beyond. They released their sophomore studio effort Forest of the Children, followed by a nationwide tour and an appearance at the Austin Psych Fest. With an increasing demand for their self-titled debut album in the States, the band had to reissue the album with a Cassette tape via Burger Records. After wrapping up their U.S. tour, the Kikagayu Moyo flew to Europe to further promote their music. They sold out several shows in London.

In 2017, the band toured Australia for the first time and performed at Gizzfest shows alongside King Gizzard & the Lizard Wizard, The Murlocs, La Luz, and O.R.B. Three years later, they made their monumental return to the country and appeared in Nine Live Festival.

Tickets to see Kikagayu Moyo’s show at the Wiltern are now available! After the band wraps up their 2022 tour, fans will not be seeing the band for a while. Score your tickets now and see the band perform their last hurrah on Thursday 22nd September 2022!