There's only a few bands within the Metalcore scene that have truly escalated all expectation and Killswitch Engage are one of them! With their groundbreaking singles and album releases they have rocked the charts and are back on the road for 2020. Joining them for their epic dates is August Burns Red and both of the bands will be coming to The Wiltern on Tuesday 24th March 2020! Grab your tickets before it's too late! 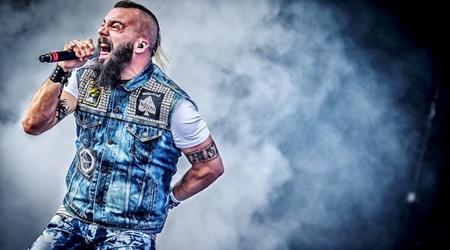 As one of the most popular Metalcore bands on the scene Killswicth Engage have had their fans locked on their every move since the beginning of their career when they started all the way back in 1999. As they performed on their local music scene in Westfield, Massachusetts and the surrounding areas they quickly grabbed the attention and by their first release in 2004, they were already at the top of their game.

With their lineup of vocalist Jesse Leach, guitarists Joel Stroetzel and Adam Dutkiewicz, bassist Mike D'Antonio, and drummer Justin Foley, they have taken to the charts with an incredible eight albums to date! Their debut with The End of Heartache put them on the mainstream map as they hit the 21 spot on the Billboard 200 charts and within just a year grabbed a nomination for their release at the 2005 Grammy Awards! The record has stayed as a firm favorite for their long term fan base.

Along with their releases, Killswitch Engage have given some epic performances throughout the years, travelling across the world and being included at the top of the bill for Soundwave Festival, Wacken Open Air, Reading and Leeds Festivals, Ozzfest, Download Festival, Rock on the Range, Rock Am Ring, Mayhem Festival, Monsters of Rock, Pointfest, Knotfest, Heavy MTL and more.

As they have taken over the US charts with their hard hitting tracks, Killswitch Engage remain to be at the top of their game! Back with another album release, their 2020 dates are set up to be some of their greatest performances yet!

If you love Killswitch Engage don't miss this extensive tour – get your tickets for The Wiltern show above today!