Rumours circulating for several weeks regarding a new tour from the band King Diamond have now turned out to be true! The announcement came recently to much anticipation and will feature some of the bands biggest on-stage productions ever. get your asses down to the Wiltern on Friday 31st October, for an occult hard rock evening, moshers get ready for a night of ultimate rock! 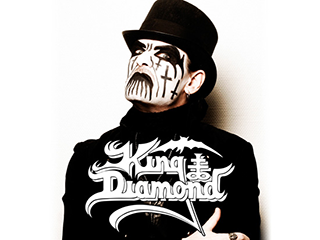 Some of the most insane heavy metal you will hear this side of Metallica, Kim Bendix Petersen better known by his stage name King Diamond, a Grammy Award nominated Danish heavy metal musician. As a vocalist, he is known for his extensive vocal range, in particular his usage of falsetto. He is the lead vocalist for both Mercyful Fate and the eponymous King Diamond. , tickets available now!