Folk rockers, Kodaline are coming to The Wiltern on Tuesday 5th May 2015! These guys are becoming the hottest indie band on the scene. Their soaring, heartfelt anthems bring to mind Mumford and Sons, Coldplay and Ed Sheeran. The boys are excited to be back in the U.S. after their mind blowing performance on American Idol last year! "We only found out we got American Idol about two weeks before, so we were already in America, it was a huge deal."
Throw your hands in the air and stomp your feet… come & enjoy this epic night! 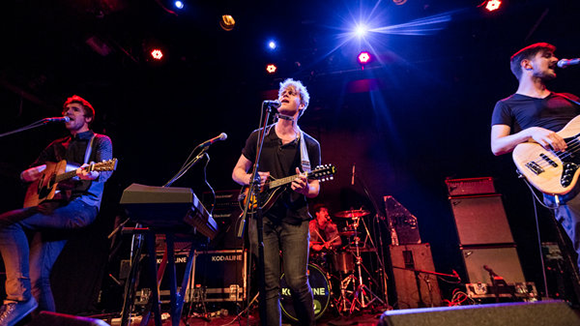 Kodaline are an Irish rock band. Their success was unexpected and the members can hardly believe it their luck. Their E.P. 'In a Perfect World' sold 350,000 practically over night! Songs from the album started to emerge on BBC Radio 1 and on popular TV shows such as Grey's Anatomy and The Vampire Diaries. Their songs "Pray" and "High Hopes" were featured in upcoming films Horns and Love, Rosie, correspondingly.
What hasn’t changed since the four boys from Ireland became famous is the emotional power of their music which has fused a connection with fans. And is why Kodaline broke out of Ireland before they had even set foot overseas. Their video for 'All I Want' took off on YouTube around the globe!
Their break through in America began with an Live appearance on American Idol just last year, which had 20 million viewers and just like that, they become a phenomenon.