The Kongos boys embark on their first countrywide headliner tour this spring, bringing their tribal flavored rocking tunes to venues all across North America! The Lunatic Tour celebrates their album of the same name and their show promises to be as crazy as it sounds! The South African brothers will be at The Wiltern on Friday 13th March for a night of compelling, mighty music that gets the blood pumping and the feet tapping! 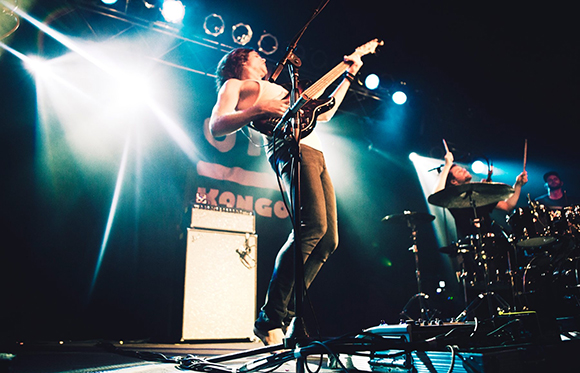 KONGOS is a South African alt rock band formed of four brothers – Johnny, Jesse, Dylan and Danny Kongo – sons of the South African, British-based songwriter John Kongos. Sharing their childhoods between London and South Africa before settling in Phoenix, Arizona in 1996, the influences from their diverse upbringing can clearly be heard in their music. Borrowing heavily from classic rock for that driving, commanding sound, Kongos' music is also imbued with African tribal, kwaito style rhythms, not to mention their atypical use of accordion. The result is entirely unique, universally accessible, and in no way predictable. Their sophomore album Lunatic gave rise to the anthemic song “Come With Me”, which received platinum certification by the RIAA and gave the band widespread exposure in the US.