Brooklyn-based five-piece Lake Street Dive heads to The Wiltern on Saturday 2nd October 2021 as part of a fall tour that sees the group performing from their new album, Obviously! Produced by Grammy Award-winner Mike Elizondo, the album launched the singles "Making Do", "Nobody's Stopping You Now" and the massive hit "Hypotheticals", and it's gonna be a treat for fans to hear them live for the first time! As always, the group will be serving up the perfect blend of jazzy, soulful indie-pop to get you grooving! 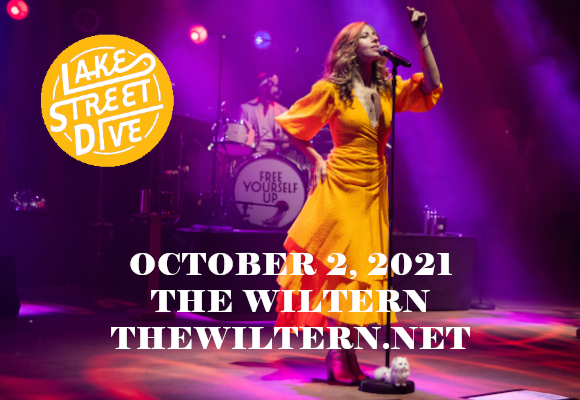 Bridging the gap between Southern rock and indie pop, via jazz and blue-eyed soul, Lake Street Dive has become a staple of the US festival circuit since its inception in 2004. The band originally formed with the intention of playing improvised, avant-garde country music, but soon found the multi-genre sound that they favour today. They self-released their debut album In This Episode… in 2006, followed by 2008’s Promises Promises, before signing to Signature Sounds Recordings in 2010.They released their eponymous debut on Signature Sounds in 2010, but it was 2014’s Bad Self Portraits that put them on the map, reaching number 18 on Billboard 200. Since making the move Nonesuch Records in 2015, they have released three more albums: Side Pony (2016), Free Yourself Up (2018), and Obviously (2021). Their most recent album gave rise to the single "Hypotheticals", which reached number 2 on the Billboard Hot 100.