Sensational folk songstress Lizzy McAlpine is traveling across North America this spring! The emerging singer-songwriter is set to deliver her anticipated shows in a number of major cities! On Friday, 12th May 2023, Lizzy McAlpine will be lighting up The Wiltern with her music influenced by pop, folk, and jazz. There, she will perform her hits, including the viral single “You Ruined the 1975,” plus songs from her latest album, Five Seconds Flat. If you love discovering new music and watching upcoming music stars, you should score tickets now and check out Lizzy McAlpine’s much-awaited performance at the Wiltern! 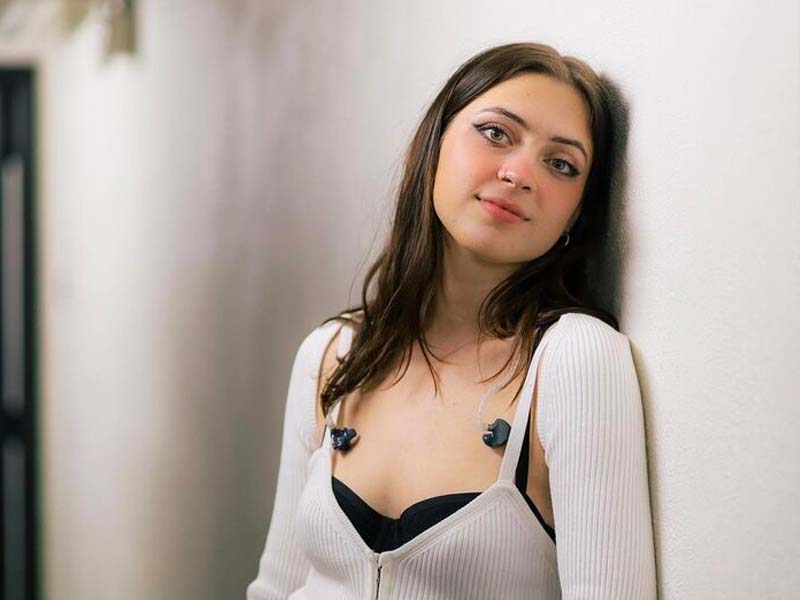 Lizzy McAlpine’s career is young, but she has already made a mark as one of the top artists to watch this 2023! The critically-acclaimed singer began her career as a musician after leaving Berklee College of Music. The Tiktok viral singer released her debut album, Give Me a Minute, in 2020. The album feature several notable singles, “Apple Pie,” “Over-the-Ocean Call,” and the fan favorites “Pancakes for Dinner” and “To The Mountains.” The highly-acclaimed album was written by McAlpine during her studies in Spain.

In the summer of 2020, McAlpine’s unreleased single, “You Ruined the 1975,” became viral on Tiktok, garnering more than eight million views. Meanwhile, she also released several collaborations, including “False Art” with Ben Kessler and “Hate to Be Lame” with FINNEAS.

After her stellar debut, McAlpine followed up with her sophomore effort, Five Seconds Flat. The 2022 album features the phenomenal hit “Erase Me,” performed with Jacob Collier. McAlpine made her TV debut at Jimmy Kimmell Live! to promote the album, where she performed “Erase Me.” The album debuted at number 5 on Billboard Heatseekers, 19 on the Top New Alternative Artists, and 9 on Alternative New Artist Albums. In the same year, McAlpine was featured in Jacob Collier’s single, “Never Gonna Be Alone,” with John Mayer.

Score tickets now to see Lizzy McAlpine’s must-see show at the Wiltern on Friday, 12th May, 2023! This upcoming folk music star will surely entertain you with her high-energy setlist packed with hits!