Orbits are in for a surprise as LOONA kickstarts their first-ever world tour named [LOONATHEWORLD] stopping by US cities, kicking it off at The Wiltern on August 1st, 2022. Alongside the big tour announcement, LOONA has been serving teasers of their upcoming special mini-album "Flip That" where the girls take on the summer serving popping colors as they pose with various flowers. As "Flip That" comes to make big waves in the K-Pop scene real soon, make sure to secure your spot at [LOONATHEWORLD] by booking those tickets now! 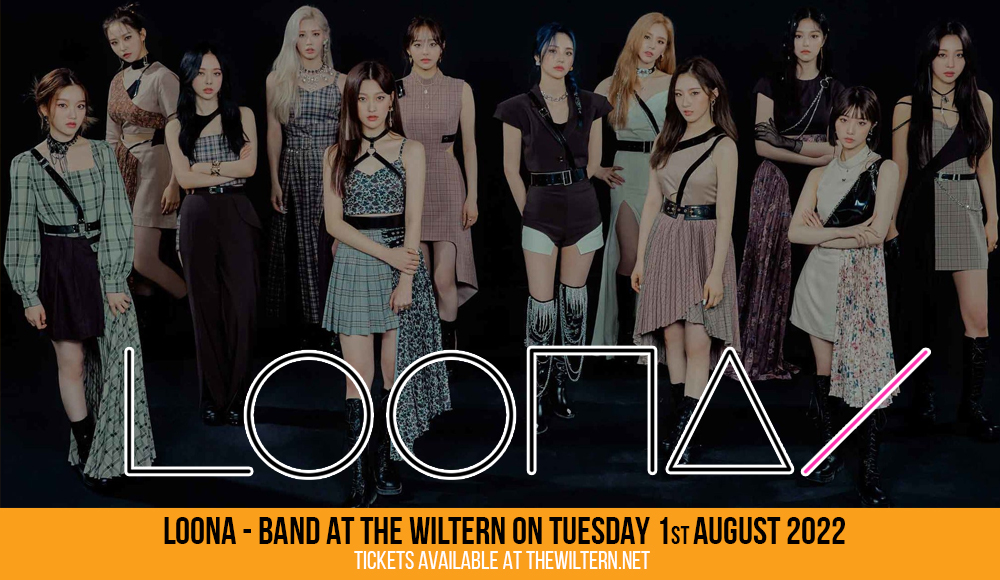 The sensational girl group behind "So What" and "PTT (Paint the Town)" are set to paint their way to the US as they embark on their first-ever world tour. With a new summer special mini-album "Flip That" coming out on June 20th, LOONA is set to take on the global K-Pop stage.

Since their 2018 debut with their first mini-album as a complete group with its lead single "Favorite", LOONA has captured the hearts of audiences across the globe for their colorful visuals, captivating choreography, and vocals. There's just something so magnetic about LOONA when members HeeJin, HyunJin, HaSeul, YeoJin, ViVi, Kim Lip, JinSoul, Choerry, Yves, Chuu, Go, Won, and Olivia Hye take on the stage and deliver their alluring performances that fans can't get enough of.

With a sound that fans couldn't get enough of, LOONA told Bandwagon "We'd like to describe LOONA's music as 'LOONA POP'… always trying new stuff and creating our own style. We want to surprise listeners every time,"

Big surprises are definitely in as LOONA has been teasing their upcoming mini-album "Flip That". They recently revealed its track list, shaking things up as fans itch to hear their new music.

We're sure you'll be playing this record over and over again as you prepare your lightsticks and energy when LOONA takes over the stage at The Wiltern aboard the [LOONATHEWORLD] world tour.

However, BlockBerry Creative announced that Chuu won't be able to join the tour due to conflicts in schedule. With that said, LOONA is still set to serve the LOONA spirit as one group at their set of shows at [LOONATHEWORLD].

So, don't miss out on this big, new, and exciting era by the girls by booking those tickets now!