If it's Kissing Lessons you need, you will surely be excited to know that the indie rock singer Lucy Dacus will give you just that. No! We aren't talking about getting free kisses from the 27-year-old singer, but we refer to her hit single that will surely fill the walls of The Wiltern this November 18. The American artist will bring the excitement of her 2022 tour to Los Angeles on a night that would make all fans sing, dance, and scream in excitement. If you are one of the fans of Dacus, be sure to get your tickets as early as today. Prepare to be moved by the personal stories she tells through her song lyrics. If you haven't seen her live on stage, this is the perfect "First Time" for you to immerse yourself in her music. Grab some tickets by clicking the "Get Tickets" button. 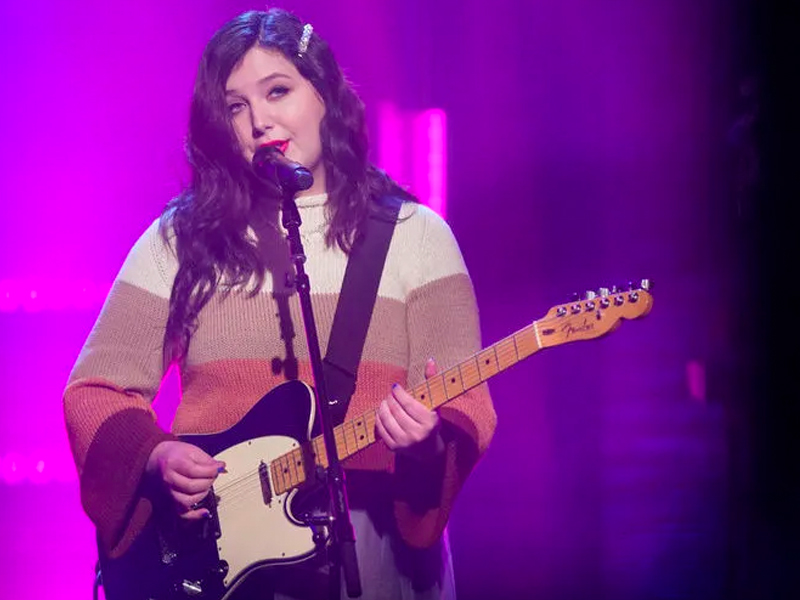 Known for her superb storytelling abilities and her buttery yet powerful voice, Lucy Dacus is definitely one of the most promising indie rock artists of this generation. Breaking out in the limelight in 2015, the Virginia-native boasts many hit songs under her belt, including "I Don't Wanna Be Funny Anymore," "Night Shift," "Me & My Dog," "Kissing Lessons," and "Dancing In The Dark," just to name a few. Her first independent album, "No Burden," was a massive success and was picked up by Matador Records to be rereleased under its label. The album was a breakthrough for the then 21-year-old singer. "No Burden" was among the year's best albums by many reputable magazines, such as Magnet, Paste, and Under the Radar.

Dacus's sophomore album," "Historian," came out in 2018 and was also met with positive reception from both fans and critics. The songs from the album stood out because of their lyricism and the storytelling that the singer passionately put into them. The same can be said with her third and latest album, "Home Video." Released in 2021, the album is by far Dacus's most successful record. Deemed by critics as a "powerful album" and a moving tale of past experiences, the album ranked #5 in Rolling Stone's Best Albums in 2021. The songs "Thumbs," "Hot & Heavy," "VBS," "Brando," and "Going Going Gone" served as the carrier singles of the album, which received critical acclaim and placed on many critics' year-end lists.

This year, Lucy Dacus sets off the road for a limited tour around the United States. Luckily for her Los Angeles fans, the 27-year-old artist will be performing at The Wiltern on November 18. She will be joined by the indie folk-rock singer-songwriter Haley Heynderickx, who is known for her EP "I Need to Start a Garden." Catch these two promising artists on a night filled with great music. Grab your tickets now!