English singer-songwriter Maisie Peters won the hearts of listeners around the globe for her natural storytelling craft in her lyrical and melodic work. After gaining popularity on YouTube, Peters signed a record deal and served pop tracks that are blessings for one's ear. Her notable songs and crowd favorites include "Psycho", "Best I'll Ever Sing", "Maybe Don't" (feat. JP Saxe), and "Cate’s Brother". After releasing her debut full-length album under Ed Sheeran's label just last year, Maisie Peters is set to on a US Tour named 'i'm telling the whole of america tour' where she'll hit the stage at The Wiltern on Monday, 14th of November 2022. Get to see the one and only Maisie Peters perform her sonic pop blessings live on stage by booking your tickets now! 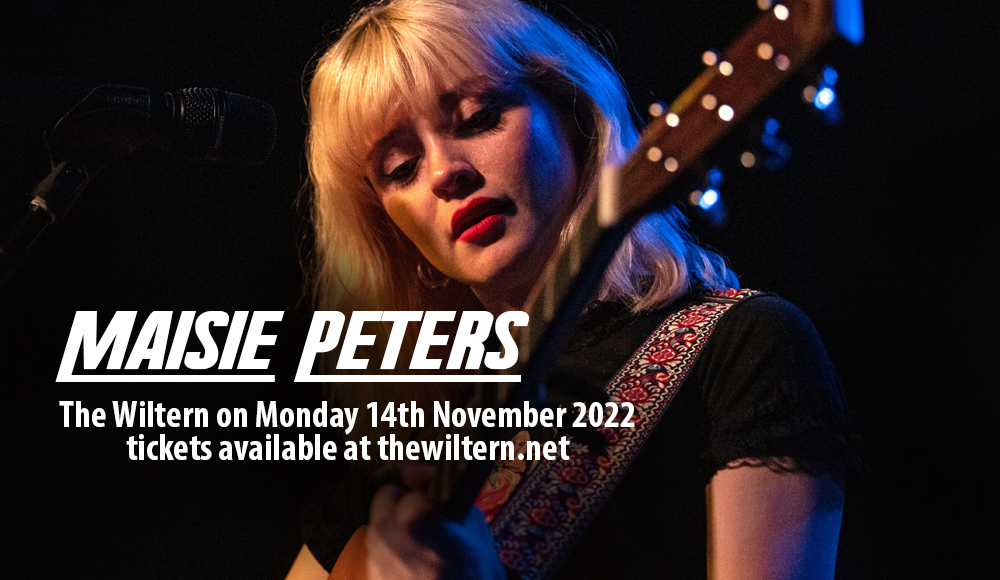 The English singer-songwriter Maisie Peters is making her way to the US, serving a set of shows that brings her captivating lyrical tales to the big stage across the country. Peters released her debut album "You Signed Up for This" last August of 2021 under Ed Sheeran's label, Gingerbread Man. The record hit #2 on the UK Official Albums Chart with its hit singles "Psycho" and "You Signed Up for This". Maisie Peters and Ed Sheeran's connection started when the latter asked to write songs together, blessing fans and new listeners with her lead single "Psycho".

"It’s been incredible to work a lot under him," Peters shared with Washington Square News about working with Ed Sheeran. "One of the biggest lessons I’ve really picked up from him is how there are so many highs and lows. It’s really good to not root your identity in either. Celebrate the highs when they come and reflect on what you feel like are the lows,"

With a big debut album out in the wild, and a bright future ahead of her, Peters is set to celebrate this milestone with her US crowd at the 'i'm telling the whole of america tour'. "I'm back baby!!! can't wait to return to the US and play for u all again in even bigger rooms, truly gonna be the show of ur dreams <3 see u there!" Peters shared.

Taking the world by storm with her lead single "Psycho", a track written with Ed Sheeran, Maisie shared that she didn't expect the song to take off as much as it did. Described as a "pop girlie moment" taking inspiration from Carly Rae Jepsen's "Call Me Maybe", the song quickly became a crowd favorite. "When I finished that song, I was like, 'This is never coming out," Peters shared. "Now it's one of my favorite songs of mine."

Since rising into the scene in 2015, after gaining popularity from YouTube, Maisie has performed in beer festivals, uploaded originals to YouTube, scored record deals, released a bunch of EPs, and finally found a big opportunity to work with Ed Sheeran.

"Ed got in touch and just asked if I wanted to write some music," said Maisie. "And it was an obvious yes, it was very like, 'Oh my God.'"

As a rising pop star in the global stage, Maisie Peters is pumped up to come back and perform for her US fans at the 'i'm telling the whole of america tour'. Your answer to this invitation is surely 'an obvious yes' too… right? So, go ahead and book those tickets now!