Matisyahu has teamed up with Orange County rock-reggae outfit Common Kings for the Broken Crowns Tour, which bring them to The Wiltern on Monday 13th November 2017! Also joining the world-renowned artist will be Matisyahu-produced project, Orphan:

“Orphan is a new band I signed currently living and making music out of my home. All three core members Menachem, Nissin, and Chaim are sons of Lubavitch Rabbis and met in Yeshiva. They formed a bond around my release at the time Live at Stubbs 2 and began to study the sounds of Dub Trio. Of all the music I've come across over the years, and these 22 year old boys manage to retain the spirit of their Lubavitch heritage while creating music with a fresh Brooklyn edge that is an outgrowth of the Matisyahu sound. I am proud to introduce to you, Orphan. The soundtrack to a generation who never met their rebbe and have had to blaze a new trail.” 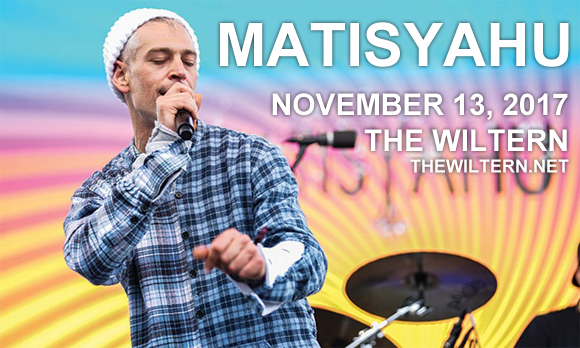 Jewish American reggae vocalist, beatboxer, and alternative rock musician Matisyahu originally performed under the moniker MC Truth. In 2004 he released his debut album (Shake Off The Dust… Arise) as Matisyahu, and a year later was invited by Trey Anastasio of Phish to perform with the band during their set at Bonnaroo Festival. His 2005 single "King Without a Crown" was a Top 40 hit in the United States. To date, he has released six studio albums as well as two live albums, two remix CDs and two DVDs featuring live concerts – his mist recent album, Undercurrent, was released on May 19, 2017.