Soulful sensation, Matt Corby is coming to The Wiltern on Saturday 4th June 2016!

Matt Corby is known for his incredible songwriting abilities, written from a heartfelt and personal perspective – this comes across clearly in his energetic guitar led performances to leave every person in the crowd breath taken. Here is your chance to catch all of your favorite songs live in concert as he brings his brand new album, 'Telluric' as well as tracks such as "Brother," "Trick Of the Light" and "Souls A'Fire!" Tickets are bound to sell fast so book yours while you can… 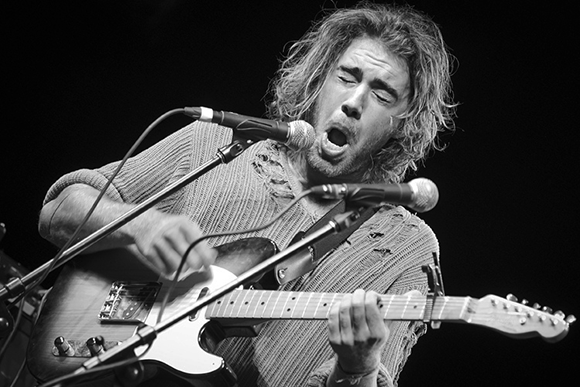 "Golden haired, blue-eyed indie-folk musician Matt Corby was back in Birmingham this week as part of his current UK album tour. Walking humbly onto a dimly lit stage at the Institute, upon first impression the Australian musician is strikingly unassuming. His messy locks and casual clothes provide little for the audience, but his soulful harmonies and raw, musical talent do; and it is truly amazing."

Matt Corby is an Australian singer, songwriter who draws inspiration from the likes of Nick Drake, Bon Iver and Jeff Buckley. His unique blend of fierce rock mixed with soul and hints of blues create a perfect landscape of sound that takes you in and captures you from the first beat until the last chord. His first success came with the 2011 emotional and raw single "Brother" and his 2013 "Resolution," both won ARIA Music Awards for Song of the Year!