The "Lights Down Low" rising superstar, MAX, is heading back to the live stage as he embarks on his new headlining North American tour. With about 30 dates on the roster, the man is set to serve a hot show at The Wiltern on Friday, 28th of October 2022. After recently sharing a new song "GUCCI BAG", MAX is following it up with a new single dropping real soon named "WASABI". It's time to get your hearts ready for a smokin' hot new era with the one and only MAX by booking those tickets now! 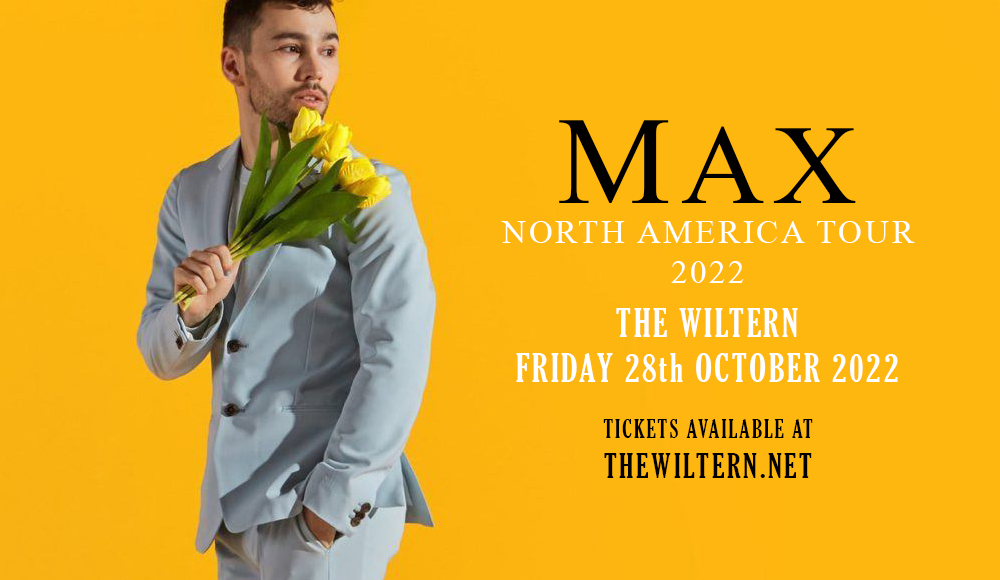 Rising global superstar Max Schneider, or MAX as the world came to know him, is set to embark on a brand new headlining North American tour this fall. The seven-week trek is produced by Live Nation which includes a stop at The Wiltern on October 28th. Widely known for his 3x Platinum hit single "Lights Down Low", MAX is gearing up for his big return to the live stage, set to deliver his signature show-stopping performances that fans came to live throughout the past years.

Earlier this year, MAX shared his new single "GUCCI BAG" with Teen Vogue saying the track "deserves to be blasted at full volume when you’re feeling your flyest." V Magazine described the track as "smooth and groovy as it gets".

The "GUCCI BAG" singer is following up his soaring momentum with a new single "WASABI" out on July 22nd.

Since his 2016 breakthrough with "Lights Down Low", MAX has released several hits and pop bangers such as "Love Me Less", "Team", "Checklist", and "Butterflies".

In 2020, he released a track named "Missed Calls" with Hayley Kiyoko which became part of his third album "Colour Vision". He featured on Agust D's mixtape "D-2", the solo act of BTS' very own Suga. Suga then also featured on MAX's crowd-favorite track "Blueberry Eyes".

MAX has been hailed as a "Young Pop God" by GQ for his ear-catching bops and mesmerizing visuals. The man is also penned as a "top popstar to watch" by Billboard for his show-stopping live performances that fans couldn't get enough of.

With a new headlining tour right around the corner, the 'Young Pop God' is set to make his big live show return with even bigger surprises as he marks this big new era. Catch the one and only MAX live on stage at The Wiltern by booking your tickets now!