Extreme metal band Meshuggah are celebrating an incredible 25 years in the industry and are bringing the celebrations to you at The Wiltern on Friday 6th June 2014! This hugely successful band have released an astonishing seven studio albums, seven EPs and eight music videos! June 6th is going to be an unforgettable night of pure metal madness, so get your tickets now and don't miss out. 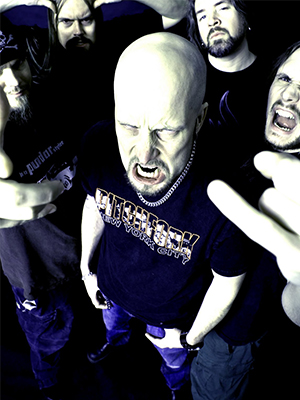 Swedish extreme metal band Meshuggah formed in the 80's, gaining international attention in 1995 with the release of 'Destroy Erase Improve'. They quickly gained critical acclaim for their unique fusion of fast tempo, thrash and progressive metal with unique jazz elements. Meshuggah are insanely innovative, with intriguingly complex song structures that fans everywhere have grown to appreciate.

Marten Hagstrom is a guitarist and backing vocalist for Meshuggah. He notes that…"It doesn't really matter if something is hard to play or not. The thing is, what does it do to your mind when you listen to it? Where does it take you?"

Meshuggah's technical prowess is not something you want to miss. Their incredible music style will turn your expectations upside down and inside out! Rolling Stone magazine labelled this band as 'one of the ten most important hard and heavy bands', so you'd better get your tickets while you can!