American indie-rock band Modest Mouse has been turning heads since their debut in the late 90s and skyrocketing success in the early 2000s. Having released their seventh studio record "The Golden Casket" last 2021, and celebrating 25 years since the release of their 1997 sophomore album "The Lonesome Crowded West", Modest Mouse is embarking on a winter tour in celebration of the much-loved record. Modest Mouse hits the stage at The Wiltern on Thursday, 1st of December 2022. Don't miss out on this grand celebration for The Lonesome Crowded West by booking your tickets now! 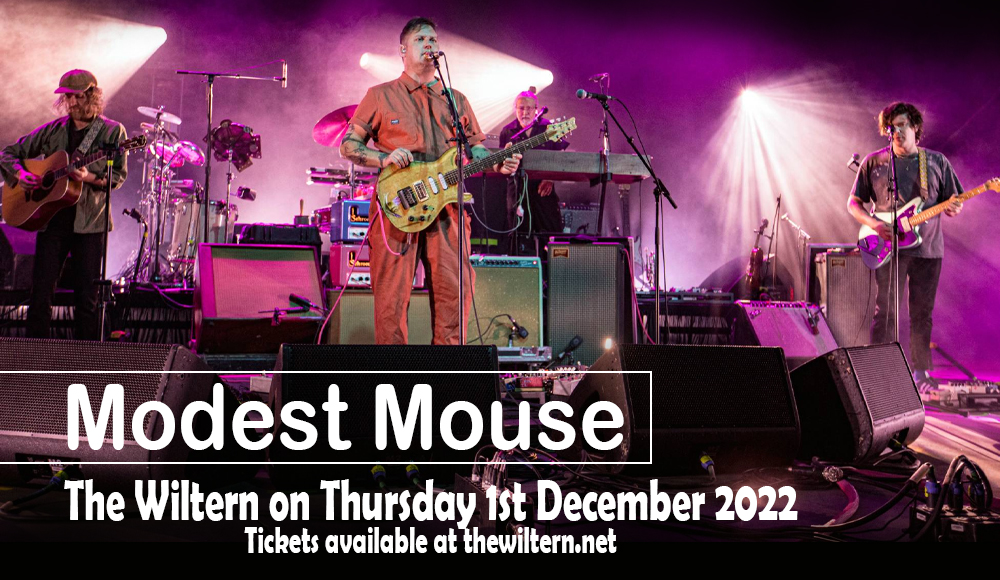 Indie rockers Modest Mouse is throwing a big celebratory tour as they commemorate twenty-five years since the release of their highly-acclaimed 1997 record "The Lonesome Crowded West". The anniversary tour kicks off this November, making a stop at The Wiltern on December 1st. Not only will they perform the album in its full glory, the band is also performing as a four-piece featuring a lineup with original members Jeremiah Green and Isaac Brock, with Russell Higbee and Simon O’Connor.

The Lonesome Crowded West serves as the band's breakthrough album which allowed the band to attract a cult following. The record is considered to be a defining album in mid-90s indie rock. Since then, the band made waves and found themselves going mainstream for their alluring indie rock anthems.

In the year 2000, they released their third studio album, The Moon & Antarctica, which received critical acclaim, scoring 9.8/10 on Pitchfork Media which expressed concerns over the indie band releasing music on a major label. Modest Mouse's audience and fanbase grew even bigger with a big promising record up their sleeves.

Later on, they dropped hits after hits including "Float On" and "Ocean Breathes Salty" fro their fourth album "Good News for People Who Love Bad News" which also received a Grammy nomination for Best Alternative Music Album. In succeeding years, more of their hits include "Dashboard", "Lampshades on Fire", and "Missed the Boat".

2021's The Golden Casket featured the band's hit singles "We Are Between" and "The Sun Hasn't Left". 25 years since their big break, having faced challenges and lineup changes along the way, Modest Mouse remains to be one of the industry's hardest indie-rock defining rockers. As they celebrate the 25th anniversary of "The Lonesome Crowded West", don't miss out on a night of big surprises as they perform the record from start to finish at The Wiltern on December 1st. Book your tickets now!