Queens of kawaii, Momoiro Clover Z, will be bursting onto The Wiltern stage on Thursday 17th November 2016, as part of their first overseas tour, Trans America Ultra Live! One of Japan's favorite pop groups, these girls are incredible fun and are bringing a very special show that you will never forget! 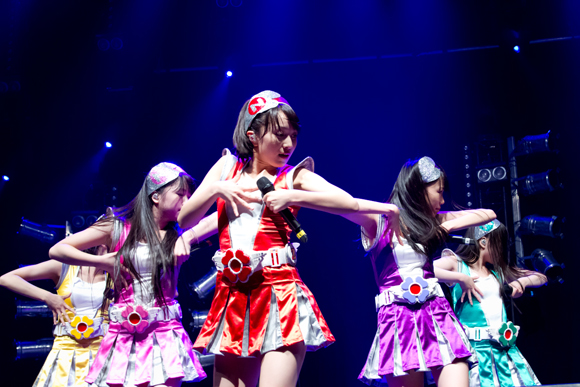 Momoiro Clover Z are an all-female Japanese idol group that began as a street act in 2008. Now known for providing the theme to three internationally successful animé, Sailor Moon, Dragon Ball Z and Pokémon, they are also the first female group to hold a solo concert at National Olympic Stadium in Japan. The band released their major label debut album in 2011, after a change of line-up, but it wasn't until 2013 that the band reached mainstream success, becoming the fourth highest music artist by total sales revenue in Japan, with over ¥5.2 billion that year. In 2015, they collaborated with the American hard rock band KISS.