Netflix Is A Joke Festival presents Armchair Expert & Dax Shepard at The Wiltern on Monday 2nd May 2022. Fans of the hit podcast, Armchair Expert, should get ready for an amazing one-of-a-kind live event presented by Netflix is a Joke festival. Dax Shepherd and Monica Padman took their amazing podcast to the road after tremendous success. The podcast interviews celebrities, journalists, and academics about the “messiness of being human”. The festival celebrates 130+ comedians from all over the world who will entertain live audiences across 25+ venues in the L.A. The event is an 11-day trek running from 28th April to 8th May. Also, it features a special honoring the greats event which will pay tribute to the legends of comedy such as Robin Williams, Richard Pryor, George Carlin, and Joan Rivers. 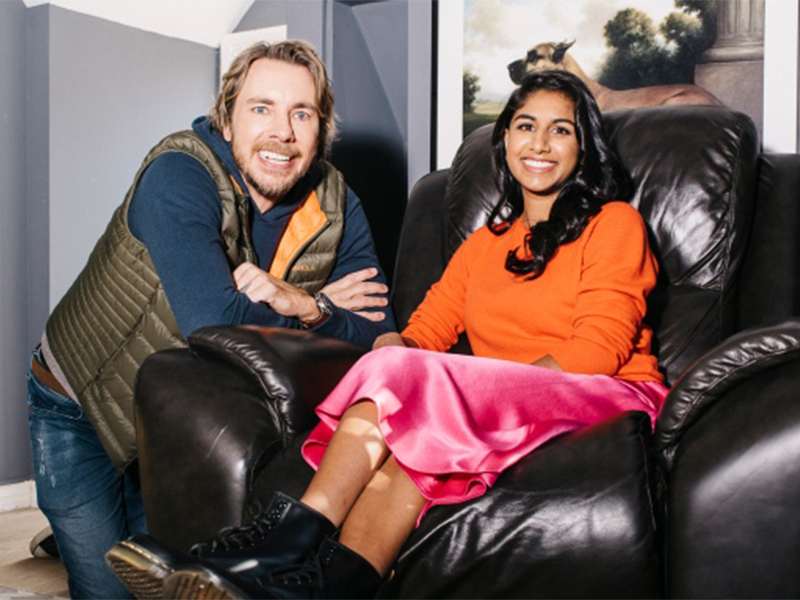 Netflix has labeled this event as the biggest comedy event in history and surely one of the things to look out for in 2022. They are bringing a plethora of talent to one place, and the fans could not be more excited. Netflix is a Joke: The festival features some of the biggest names in comedy right now, including Kevin Hart, Chelsea Handler, Ali Wonger, Amy Schumer, Theo Von, Deon Cole, Conan O’Brien, and many more.
Armchair Expert is one of the most popular podcasts hosted by Dax Shepard and Monica Padman. People were not used to seeing Dax Shepard talking about serious stuff, but his work on Armchair expert has certainly shown that he is keen on exploring serious and mature subjects with a little goofing around. Armchair Expert is an interview-style podcast where celebrities and other recognized people come and talk about their struggles. Dax often resonates with the guests because he overcame a tough period when he was an alcoholic, but now he has been sober ten years. You may think that these podcasts aren’t fun, but the fun’s always there when it's about Dax Shepard. You can get a chance to witness that yourself by getting your tickets to Dax Shepard’s Netflix is a joke event right now before they are sold out!