Netflix Is A Joke Festival presents Deon Cole to The Wiltern on Friday 6th May 2022. The Wiltern will also be hosting Armchair Expert with Dax Shepard, Brian Regan, Chelsea Handler, Margaret Cho, The Von, and Conan O’Brien on different dates. The festival is bringing together the best in comedy on one platform. It will feature 130+ comedians from all over the country who will be performing in over 25 venues across the L.A from 28th April to 8th May. You can get a chance to see your favorite comedians live, including Deon Cole, at the Wiltern on 6th May. If you want to see him live, get your tickets right now and be a part of a hilarious comedy night with Deon Cole. 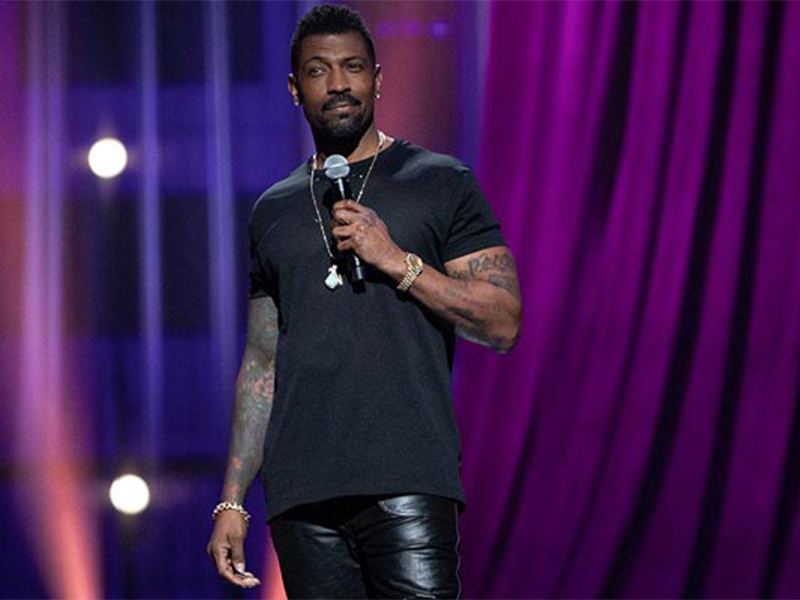 Netflix is becoming one of the best streaming sites globally with its infusion of movies, TV shows, comedy specials, documentaries, and more. The popular streaming platform labels the comedy festival as one of the biggest comedy events in history. This year, they also remember comedy greats, including George Carlin, Robin Williams, Joan Rivers, and Richard Pryor. It is heartening to see that these legends are being honored who inspired the next generation of comedians.
Deon Cole started in 1993 as a comedian, actor, and screenwriter. He is most famously known for his role on the hit sitcom Black-ish. He has received a couple of nominations for the NAACP Image Awards and two SAG awards. He has also worked with Conan O’Brien on his late-night talk show, The Tonight Show, with Conan O’Brien as a co-writer. Cole’s standup special on Netflix, Cole-Hearted, is one of the most-streamed specials on Netflix. He takes a hilarious approach towards addressing the white and black audiences separately. He also gives a message about love with his unique comedy brand and asks people not to seek external validation from things like social media. He has a very likable stage presence, and his smooth transition from real-life events to jokes is brilliant. Catch him live at the Wiltern on 6th May by getting your tickets right now before they are gone!