Netflix Is A Joke Festival presents Margaret Cho to The Wiltern on Friday, May 6th, 2022. The 53-year-old American stand-up comedian, actress, author, and fashion designer is all set to become a part of what is being labeled as the biggest comedy event in history. Netflix is a Joke: The Festival celebrates the work of 100+ artists in the U.S by collecting them on one platform. Many comedians have recently released their specials on Netflix, providing the audiences with refreshing content on the streaming platform. The live performances will be a breath of fresh air for fans all over the country, with the event running from April 28th to May 8th across Los Angeles. Margaret Cho will be conducting her hilarious stand-up comedy routine on May 6th and if you want to see her live, make sure you buy your tickets ASAP before they are gone! 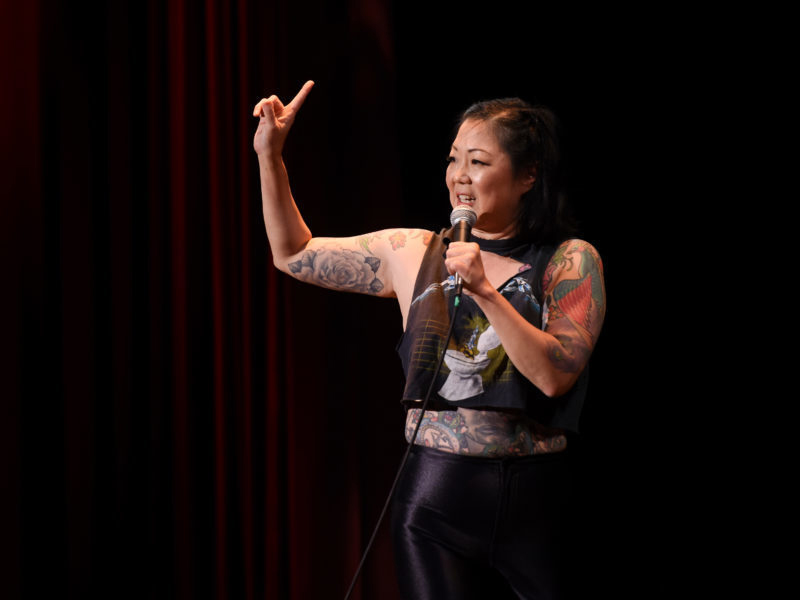 Margaret Cho is known for her critical comedy routines, exploring challenging topics such as social and political problems while highlighting race and sexuality. Her fans love her because she brings a unique, unapologetic brand of comedy with incredible comedic timing. She began her career from ABC’s comedy sitcom All-American Girl in 1994. Years later, she started stand-up comedy and was recognized by the crowds for her talents.
Cho is vocal about what she believes in and regularly speaks on behalf of Asian Americans, women, and the LGBT community. Her acting career includes roles such as playing John Travolta’s colleague in the hit FBI movie Face/Off. In 2012, she received a nomination for the Primetime Emmy Award for Outstanding Guest Actress in a Comedy series.
Netflix is a Joke: The festival promises to be one of the biggest comedy events in 2022. It will feature 130 entertainers, including comedians known for their other work such as TV shows, movie appearances, or talk shows. It has so many big names like Margaret Cho that you definitely need to check it out and if you want to see her live, get your tickets ASAP before they are gone!