A star-studded night filled with incredible performances from today's rising superstars will welcome music lovers this February 25 at The Wiltern. Catch Symba, 24kgoldn, Justina Valentine, Hitman Holla, and many others as they set the stage ablaze with their outstanding performances. Headlined by multimedia star Nick Cannon, the show is part of his "Next Superstar Tour," which aims to showcase and empower the journey of the rising stars of music's next generation. Show your support for these rising superstars. Get your tickets for their Los Angeles stop. Reserve yours early and be one of the lucky audience members to see these stars up close and personal. See you there! 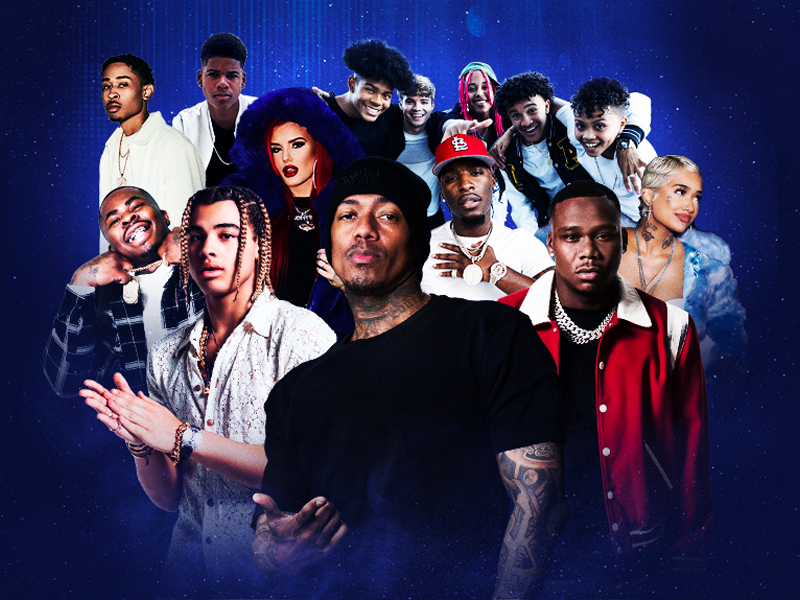 Nick Cannon's Next Superstar Tour is one of the most highly anticipated concert tours in recent memory. Nick Cannon has made a name for himself through his hosting and rapping. He is an influential figure in the music and entertainment industry and a powerful advocate for social change. With Nick Cannon at the helm and an unforgettable performance on the horizon, this is one tour fans won't want to miss.

Featured talents that will perform with the tour are Symba, 24kGoldn, Justina Valentine, Hitman Holla, JD McCrary, Traetwothree, Klondike Blonde, DW Flame, and POP MONEY. Symba is a German musician best known for his trap-style music and the charting song "Late Time." 24kGoldn is distinguished for his genre-versatile music. He rose to fame with his song "Valentino." Rapper and singer-songwriter Justina Valentina is recognized for her song "Candy Land." Hitman Holla will be bringing his battle rap to the big stage. Another one in the lineup is actor/singer JD McCrary. His talent shone when he starred as young Simba in 2019's The Lion King remake. Coming along with them is rapper Traethwothree with his music swagger that includes his hit song "High Tec." "Big Gang Glocks" singer Klondike Blonde adds fuel to the fire with her spirited music. On the other hand, DW Flame, rapper of the album "F.I.F.T.H," will set the tone higher. Last on the lineup is the rising boy group POP MONEY.

On February 25, 2023, Nick Cannon's Next Superstar Tour will be heating The Wiltern stage in Los Angeles, California. Take part in this empowering journey and meet these inspiring artists. Get tickets now!