One of the hottest rising artists under the care of 88rising, NIKI, is coming over for a North American tour called The Nicole Tour this fall. The "lowkey" singer is set to hit the stage at The Wiltern as she tweets that she's been "DYING to sing & jump & scream & passively throw shade at exes with u" at The Nicole Tour. Don't miss out on NIKI's The Nicole Tour with a pitstop at The Wiltern on Saturday, 22nd of October 2022. A month before she dropped her newest single "Before", she was the first Indonesian woman to ever perform at Coachella. With her sophomore album coming out this August, Catch the star herself perform live on stage living this big milestone by booking those tickets now! 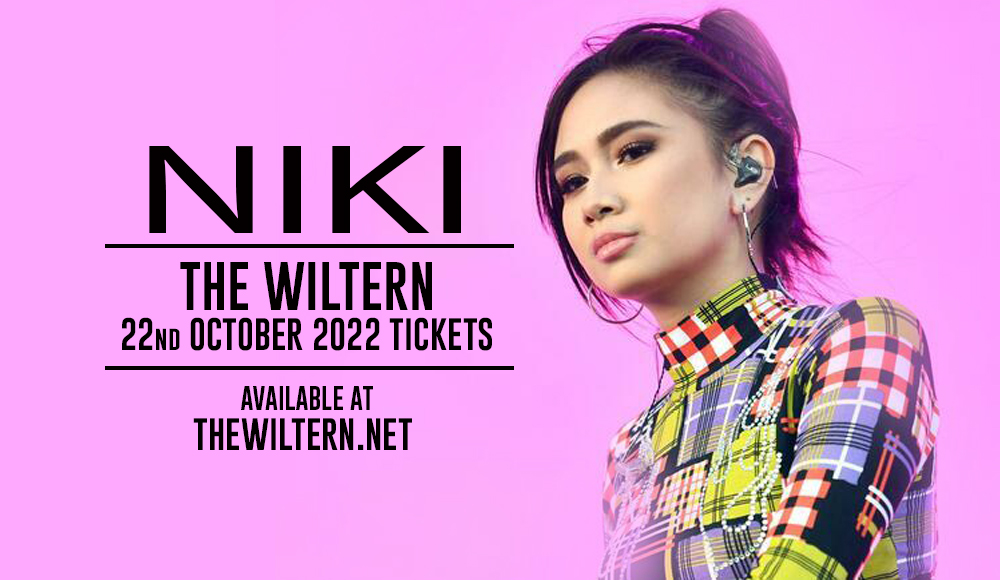 The "lowkey" and "Every Summertime" hitmaker NIKI, born as Nicol Zefanya grew up in Jakarta, taught herself to play the guitar, and started writing songs at 13. From opening for Taylor Swift's Red Tour in Jakarta after winning a contest at age 15, and dropping acoustic covers and originals on a YouTube channel in her early years, Zefanya soon found herself taking on the global stage as one of 88rising's biggest rising stars.

Moving to Nashville to study music in 2017, she released two singles "See U Never" and "I Like U". In 2018, she released her debut EP Zephyr featuring its lead single "Vintage".

As part of 88rising, she expressed her mission to empower Asians through her platform of music at the first Head in the Clouds Festival in LA. "My hope is that above everything else today, that you feel heard, you feel understood, but most of all that you feel represented." NIKI said.

From then on, she gained traction and acclaim across the globe, especially with strong support from the Asian community through her alluring hit singles and fan favorites "Indigo", "Warpaint", "La La Lost You", and "Lowkey".

"In terms of genre or sound, I wouldn't even know how to describe this album. It doesn't really fit into any box and I'm completely ok with that." she told Hypebae. "I personally love projects like that – ones that push boundaries and don't adhere to any convention."

Her song "Every Summertime" featured in the Marvel film Shang-Chi and the Legend of the Ten Rings' soundtrack.

Dropping her newest single "Before" where she shared that the track is "the irresolute ending to my very first love story. I wrote it as a means to create the kind of closure I never had,", NIKI also announced her upcoming sophomore album "Nicole" coming out this August.

"I also feel it’s ironically poetic to open this new chapter by telling you how it ends first. I’m so proud of it, and I can’t think of a better song to introduce the ultimate break-up record I’ve always fantasized of putting out but somehow haven’t… until now." NIKI said in a statement.

With a big new era and big surprises coming up with the release of her sophomore record "Nicole", NIKI is set to meet her ever-so-loving fans on a solo headlining tour at The Nicole Tour this fall. Don't miss out on her live show at The Wiltern this October 22nd by booking your tickets now!