Danny Sexbang and Ninja Brian are at it again! Ninja Sex Party are heading to The Wiltern on Friday 16th September 2016 to bring you their sweet, sweet music, and it's going to be sexual! Not only will the guys be playing with themselves, they'll also be playing with TWRP (Tupper Ware Remix Party) and Starbomb! Chances are they'll also be whipping out some tunes from their recent album Under the Covers! 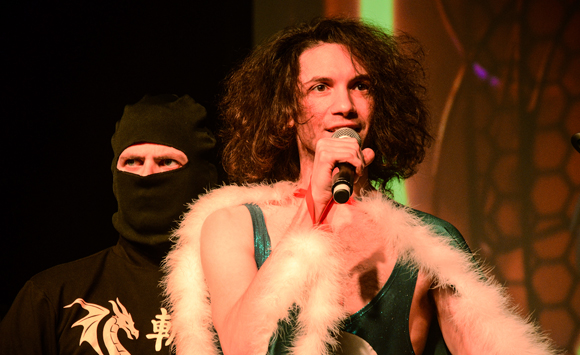 Inspired by The Lonely Island and Flight of the Conchords, Ninja Sex Party is about "a Jewish superhero who wears a unitard, with his best friend who's a ninja, and together they sing songs about dicks, and try to hit [unsuccessfully] on women." Formed in 2009, the comedy music duo typically writes and performs synthpop or rock-oriented humorous songs, frequently on the topics of sex, seduction, love, or fantasy, but 2016 saw the band performing non-comedy songs for the first time in their cover album, Under the Covers. To date, NSP has released four studio albums, in addition to two albums as a part of Starbomb, while also releasing original, non-musical material on their YouTube channel.