The multi-platinum awarded and Grammy-nominated singer Noah Cyrus just announced her upcoming album "The Hardest Part" and an accompanying tour in support of her debut studio record. The tour is making a stop at The Wiltern on Friday, 4th of November 2022. Taking the world by storm as Miley's youngest sister with her hit single "Make Me (Cry)" featuring Labrinth in 2016, Noah Cyrus has become one of the world's hottest rising stars. From her big break in 2016 and a slew of singles in the following years, Noah Cyrus is finally dropping her first full-length album "The Hardest Part" this July. Catch her biggest hits, new music, and her milestone come to life at The Hardest Part Tour by booking those tickets now! 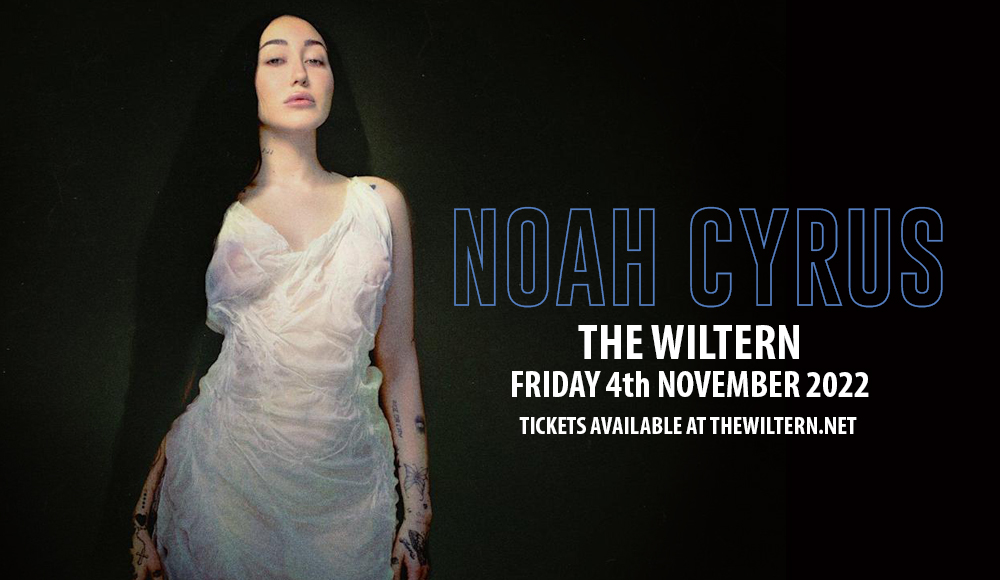 As the youngest sibling of Trace, Brandi, and Miley Cyrus, Noah has also made a name for herself in the industry along with her musically-inclined family. Starting it off in the background guesting in her sister's Disney series "Hannah Montana" and other various appearances in other shows, Noah Cyrus came crashing into the mainstream scene with her 2016 debut single "Make Me (Cry) featuring Labrinth.

After the success of her debut single, she dropped a slew of new singles in 2017 through 2021 including "Again" feat. XXXTentacion, "Lonely", "July", and "This Is Us" with Jimmie Allen. She also featured on Alan Walker's 2017 hit "All Falls Down".

She has three EPs on the roster namely "Good Cry", "The End of Everything", and "People Don't Change" with PJ Harding. Neil Yeung described her sophomore EP as "a vulnerable peek into the singer/songwriter's mental and emotional struggles through heartfelt and simple offerings."

Her songs have been acclaimed among fans and listeners for their depth and heartfelt messages that speak volumes of feelings, with Noah Cyrus has been open about her life struggles. With her first album coming out real soon, her debut studio record serves as a testament to her journey of saving herself.

In an interview with Trailblazers Radio, she shared that her debut album revolves around a former relationship. “I really was so in love with this person, but we were both so engulfed in the substance abuse and also were in the midst of a pandemic…" shared Noah.

“For me, I saw a chance for myself to save myself and to try and get better and to try to help myself with the substance abuse and talk about it and get help and really, really tried hard to follow up with my psychiatry and my therapist and tell the truth and get help because I needed the help,” she explained.

“And so, once I started even kind of dabbling with that idea, I made the choice to just save myself while I can, because it was going down a slippery slope.”

She recently shared a new single from her album, a song named "Mr. Percoet" where she highlights her struggles with the prescription pill. “The song is about the side effects of substance abuse and especially, I mean, for me, I think the behavioral changes with Percocet specifically involved, which is why I was kind of focused on talking about that drug specifically,” Noah Cyrus explained.

“I’m happy to say I’ve made a lot of progress and put in a lot of work to be here making music and living my life happily for the first time in what seems like forever.” shared Noah.

With newfound strength and victory, Noah Cyrus is ready to take on life's next chapters, kicking it off with her new album "The Hardest Part" coming out on July 15th. Alongside the new record, join Noah celebrate this milestone by catching her perform live on stage at The Hardest Part Tour at The Wiltern on November 4th. So, go ahead and book those tickets now!