Is Everybody Going Crazy? Nothing But Thieves, the Moral Panic Tour comes to The Wiltern on Sunday, February 20th, 2022. “Excuse Me”, this is your “Wake Up Call”, do you think I could “Tempt You” to buy some tickets, before they “Ban All Music”, “Forever & Ever More”! Nothing But Thieves bring their latest album across the pond for a right old jolly sing-along, so come on down and have a listen, wave your arm and down some pints with the boys from Blighty. 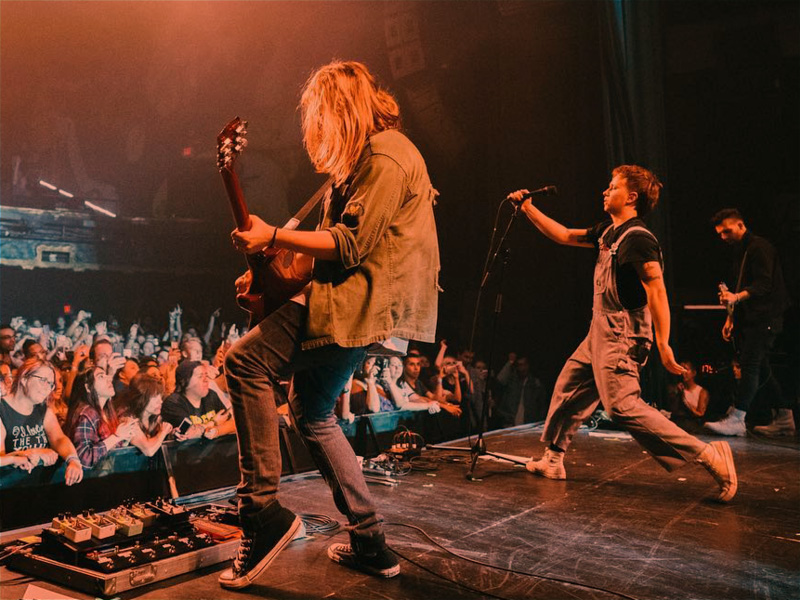 Nothing But Thieves third studio album, Moral Panic, came out in October 2020, it peaked at number 3 at home on the UK Albums chart and number 13 on the Heatseekers chart here in the States. Despite the alluding name and lyrics recounting the end of days, Moral Panic was written way before the dystopian era, and dumpster fire of 2020.

“With an impressive track record just five years into their studio career, ‘Moral Panic’ is an amalgamation of everything the band do best. From the recognizable silken ballads to the heavier prog-rock tracks, Nothing But Thieves have certainly found their signature sound and run far, far away with it. Like a self-fulfilling prophecy, ‘Moral Panic’ perfectly shape-shifts into its new context in the midst of the current climate. The band achieves another phenomenal album which might have benefited from one or two fewer songs – but nevertheless demonstrates their dramatic range of capabilities with a spattering of radio hits.” – Clash Magazine

Nothing but Thieves are a proper British rock band, from the seaside town of Southend-on-Sea, Essex. They are lead singer and guitarist Conor Mason, guitarist Joe Langridge-Brown, guitarist and keyboardist Dominic Craik, bassist Philip Blake, and drummer James Price. The band have 3 studio albums, and 6 EPs out. Their latest EP is, Moral Panic II, containing some leftover songs from their Moral Panic project.