T as part of their 52-date headline tour, which includes the U.S, Europe, and the U.K. The band made a surprising return with their new single, 22 break, which is the title track of their new album. Oh Wonder does not always make headlines, but they fly pretty well just under the radar. The two band members; Josephine Vander Gucht and Anthony West been playing music since 2014 and have an amazing off-screen relationship as well. They had been doing tremendously well until they had to cancel their 120-date world tour due to the pandemic. Now they are back playing for live audiences, and it is the perfect opportunity for you to grab your ticket! 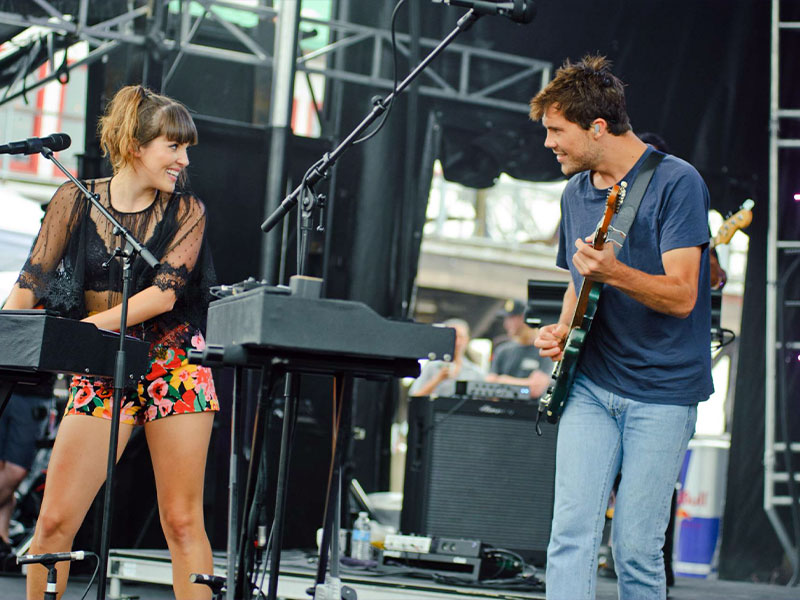 Oh Wonder’s breakthrough year was 2020 when they released, No One Else Can Wear Your Crown, bagging consecutive top 10 albums and becoming one of the most successful bands in the U.K. They amassed 2.7 billion streams and around 1.7 million adjusted album sales, but most importantly, they managed to make a fan out of Billie Eilish.
22 break is not just an album, but it’s a reflection of the deeply personal feelings of the band members. After they had to cancel their 2020 tour due to covid, they experienced a tumultuous year with significant emotional problems rising between the two. The songs of 22 break are messages about their actual feelings, and they had no idea at the time of writing it that they were penning down their own break-up story. The lyrics just flew, unspoken things were sung rather than said, and they had another amazing album at the end of it all. Their sensational rise and a truly remarkable story make them one of the most wanted bands in the country. Imagine if Billie Elish is a fan, how hard would it be for you to get a ticket. Make sure you grab yours nice and early before they sell out!