Grammy award winning Nashville string band Old Crow Medicine have announced their North American Tour. Supporting the latest album 'Remedy'. The album features quirky melodies and top quality string baaed music. This will be the bands biggest headlining tour to date, and you can also expect to see opening acts Shovels & Rope, Hurray For The Riff Raff, and Parker Millsap (Dates may vary). Folk fans, grab your tickets for a fiery performance live at the Wiltern on September 18th! 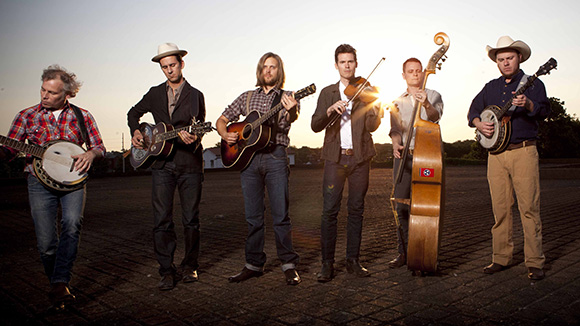 "Old Crow Medicine Show is an Americana string band based in Nashville, Tennessee. Their music has been called old-time, bluegrass, folk, and alt-country. Along with original songs, the band performs many pre-World War II blues and folk songs. Recording since 1998, they were discovered by famed bluegrass musician Doc Watson while busking outside a pharmacy in Boone, North Carolina in 2000. With an old-time string sound fueled by punk rock energy, they have influenced acts like Mumford & Sons and contributed to a revival of banjo-picking string bands"