Alright you bastards, Oliver Sim will be bringing Hideous Bastard to life at The Wiltern on Saturday, October 1st 2022. Oliver's brand-new, debut solo album, Hideous Bastard, is almost ready! Grab your tickets and get down here to join in the horror, shame and woe. Featuring the handful of tracks already released, “Romance With A Memory,” “Fruit,” “Hideous,” and his latest release, “GMT” which samples Brian Wilson. The new album is produced entirely by JamieXX and has also been brought to life as a queer horror film, “HIDEOUS”, directed Yann Gonzalez, and premiering at Cannes Film Festival. 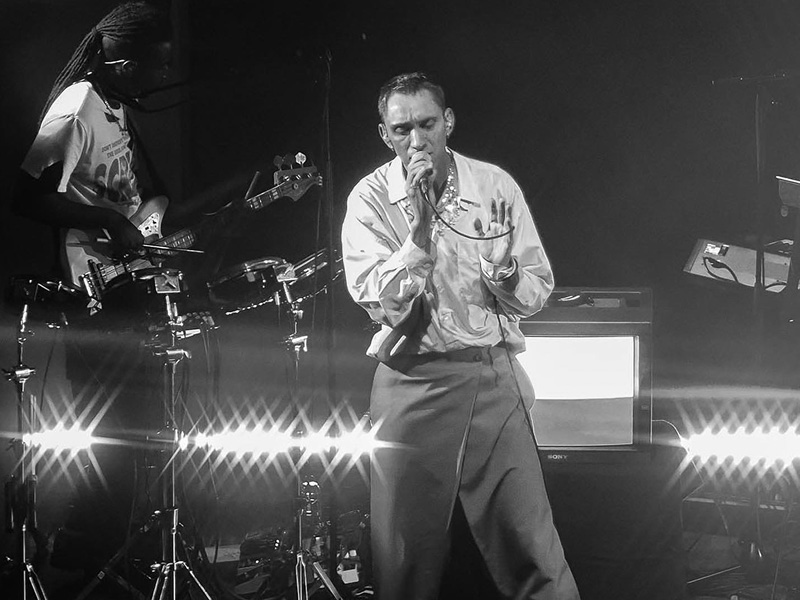 This is the first full album of music from Oliver Sim, best known as songwriter, bassist and vocalist of The XX. In a statement shared alongside the new music, Sim says that much of the writing for his album was informed by his negative feelings since receiving his HIV diagnosis as a teenager and the stigma attached to the illness. “I haven’t written the record to dwell, but rather to free myself of some of the shame and fear that I’ve felt for a long time,” he says. “I hear a lot of the music as joyous.” “I struggle writing these things out of fear of sounding too self-important or serious. A lot of this record is serious on paper, I’ve written a lot about fear, shame and masculinity, but I made these songs as a way of freeing myself. So I see Hideous Bastard as not only self-deprecating, but also having a lot of joy & humor.”

Sim's debut album Hideous Bastard, a collection of songs produced by bandmate Jamie xx and inspired by Sim's love of horror movies and his own life experience, is set for release on September 9th. The album has been brought to life as a queer horror film, “HIDEOUS”, by Oliver’s friend and director Yann Gonzalez, and premiered at the Cannes Film Festival in May.