The hugely talented Michael David Rosenberg, aka Passenger, is coming to The Wiltern on Saturday 13th September 2014. The English folk-rock singer/songwriter is known and loved for his incredible vocals and guitar playing skills, gaining him various prestigious awards. This is not a show to be missed, as you can expect to hear some of his most well-known material mixed with new songs for an unforgettable event. 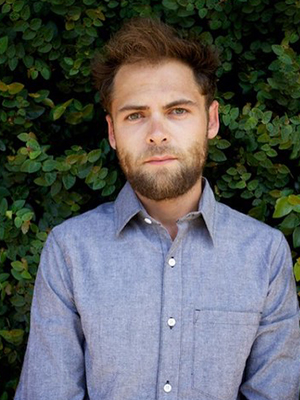 Rosenberg originates from Brighton, United Kingdom, and founded 'Passenger' in 2003 with Andrew Phillips. The then five-person band released just one album, 'Wicked Man's Rest', in 2007 but the band later split in 2009. Rosenberg maintained the name 'Passenger' and embarked on a solo career through busking. His debut solo album 'Wide Eyes Blind Love' was released in 2009 and he later recorded his next two albums in Australia. Passenger's fifth studio album 'Whisper's' is set to be released in June this year, so get ready to hear some brand new songs!

Passenger spoke about his upcoming album with Digital Spy: "This is easily the most 'up' album I've ever made, it's quite cinematic. There are lots of big stories and big ideas. There are also some sombre moments about loneliness and death but hey, it wouldn't be a Passenger album without those."

Passenger was nominated for 'British Single of the Year' at the 2014 Brit Awards with his single 'Let Her Go'. The same song won him the 'Best Folk/Singer-Songwriter Song' at the 2013 Independent Music Awards.

Now is your chance to join Passenger on tour at The Wiltern, so get your tickets now!