Indietronica Passion Pit are coming to rock The Wiltern on Wednesday 28th October 2015! Front man, Michael Angelakos takes the meaning of 'energetic' to another level! His driving creative force behind Passion Pit has gained them a well earned place in the electronica/pop world, especially in the Massachusetts area. Passion Pit's most recently released album, 'Kindred' has smashed the charts in America's top ten. Their anthemic singles "Lifted Up (1985)", "Where the Sky Hangs", and "Until We Can't (Let's Go)" live versions are not to be missed! Grab your tickets today! 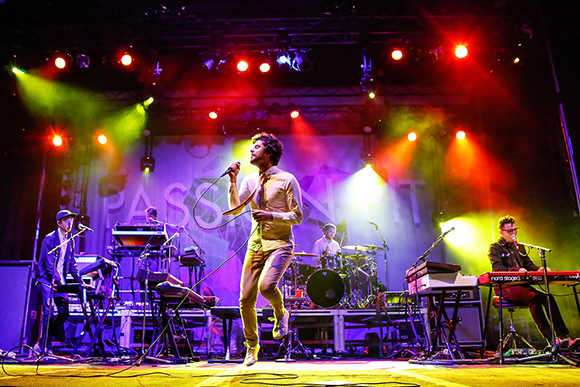