Alternative rock band Neon Trees is playing live at The Wiltern on Saturday 14th June. The band are well known for supporting The Killers in 2008 and have since released their debut album Habits. Their first single has already reached No.1 on the alt rock charts. The Wiltern is the perfect venue to see these guys perform, outdoor on a summer eve. Don't miss it! 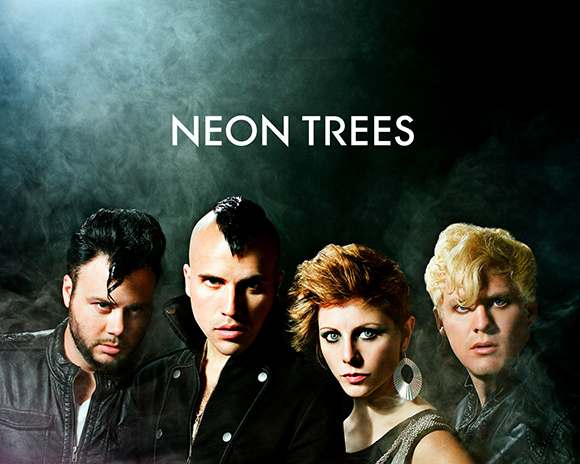 They first started playing under the name Neon Trees in late 2005 with five original members, Tyler Glenn and Chris Allen from California, and three veterans of the Utah music scene, bass player Mike Liechty, drummer Jason Gibbons and keyboardist Nathan Evans. The band's name originates from the lighted trees on the In-N-Out Burger signs, which inspired Tyler Glenn. In a strange twist of fate, it was later learned that Branden Campbell's father, Steve Campbell, installed the exact Neon Trees in the In-N-Out that inspired Glenn while working for a sign company out of Las Vegas. The band is well known throughout Provo and Salt Lake City, Utah, where it was formed. All four members of Neon Trees are members of The Church of Jesus Christ of Latter-day Saints.