With his signature braids and grills, Post Malone is one of the hottest names in hiphop right now, and he's about to hit the road on his epic Hollywood Dreams Tour! Joined by Canadian rapper Jazz Cartier & San Francisco MC Larry June, Kardashian favorite and Kanye collaborator Malone will be hitting up the stage at The Wiltern on Wednesday 9th November 2016, and it's gonna be one wild night! 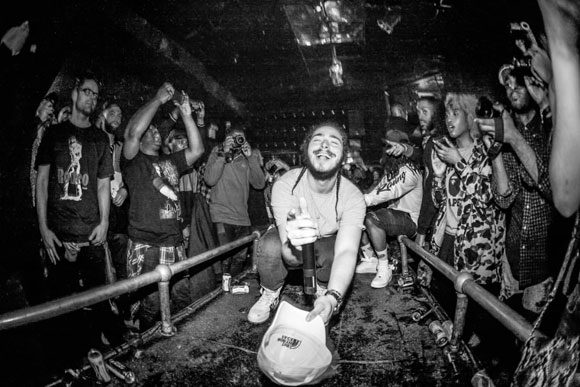 "His sound is an unlikely mix of folk, country, and trap ballads. It’s internet-era genre curation, and Post has mastered his particular take on it—so far. His music has been referred to as ‘trap folk,’ which makes Post smile and strikes him as a “cool term.”

On the strength of three songs, he landed a feature on Kanye West’s latest album, The Life of Pablo, and got the invite to tour with Bieber. Combine those important co-signs with Post’s peculiar sound and biography—relatively normal white kid, half raised in the tundra that is Syracuse, NY, half in a suburb outside Dallas—and you have a recipe for massive, demo-transcendent appeal."