Time for some bluesy-heavy rock, time for some Rival Sons at The Wiltern on Friday, November 12th 2021 with very special guests Reignwolf. Rival Sons have quietly reignited and recharged rock ‘n’ roll with towering vocals, uncompromising riffs, thunderous grooves, and headlining sold out shows on multiple continents. Their latest album, Feral Roots, broke new ground for the band. With the single “Do Your Worst” shooting to number 1 on Rock Radio as their first chart-topper at the format. Grab some tickets now for a riff heavy night that you will not regret. 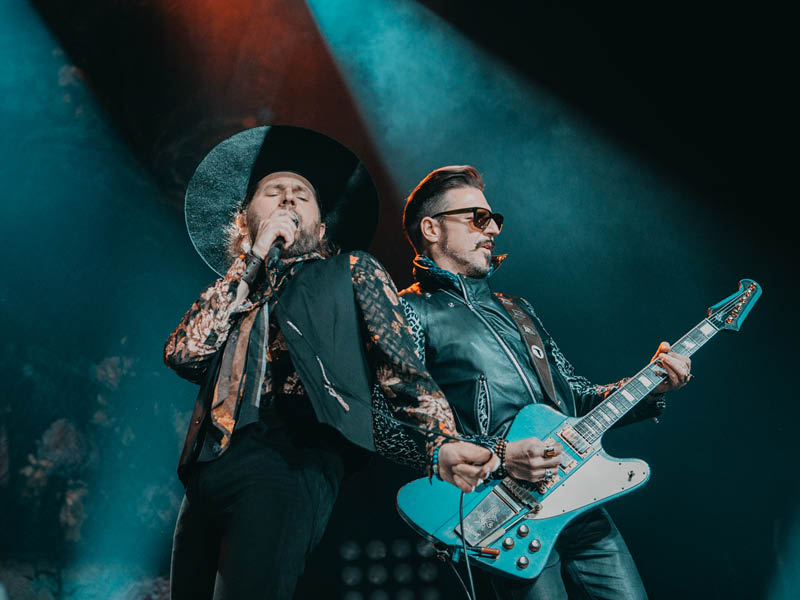 Rival Sons, from Long Beach, California, embody everything a modern rock band should be and so much more, playing an incendiary blend of rock and roll and blues that brings a modern edge to a classic recipe for rock.
They are, lead singer Jay Buchanan, guitarist Scott Holiday, bass guitarist Dave Beste, drummer Michael Miley, and keyboard player Todd Ögren when on tour. They have released six albums, Before the Fire, in 2009, Pressure & Time, in 2011, Head Down, in 2012, Great Western Valkyrie, in 2014, Hollow Bones, in 2016, and their latest, Feral Roots, in 2019.
Feral Roots, received nominations for two awards at the 2020 Grammy Awards, one for Best Rock Album and the other for Best Rock Performance for the single "Too Bad." The album also won the 2019 Metal Storm Award for Best Hard Rock Album. The lead single, "Do Your Worst", peaked at number 1 on the Billboard Mainstream Rock Songs chart, and the album came in at number 22 on the Top Rock Albums and number 12 on the UK Albums charts, with Consequence of Sound saying "the album shows off Rival Sons' range in performing bluesy rock 'n' roll with high energy riffs and slow melancholy rhythms, the music offers a variety of emotional tones for listeners to absorb."