EXCLUSIVE: Shawn Mendes has just announced his first headlining tour. After becoming a Vine Star, he's now turned pop-star and is due to perform at the Wiltern on November 26th! At just 16yrs old he is one youngest emerging artists, performing his hit single “Life Of The Party” on The Ellen Show. His EP reached #1 on the Itunes charts. Get your exclusive tickets now! 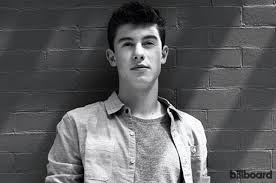 After a successful beginning on the popular video app Vine. Shawn Mendes Music career went into overdrive. The Canadian born singer is now headlining his first tour supporting his first self-titled The Shawn Mendes EP and his debut single "Life of the Party. He's being compared to the new Bieber! Don't miss one of his first live shows ever at the Wiltern on Wednesday 26th November.