Attention! Attention! Multi-platinum selling hard rock band Shinedown is popping in key cities around the country touted as "their biggest, most eye-popping production yet"! One of the headliner shows will include a date at The Wiltern on Friday 28th January 2022. As fans have been all ears to the band's comings and goings, waves of excitement come from both camps where frontman Brent Smith shares, “Our number one priority has and will always be the safety of our audience. We are elated to finally be able to announce the return of live music. We want to thank all of the fans/family for their patience and understanding over the course of the last year and a half. We know the power of music, and song is what brings us together and unites us ALL.” So come together and rock your heart out with Shinedown. Tickets are now on sale. Click the 'get tickets' link to lock in your tickets now! 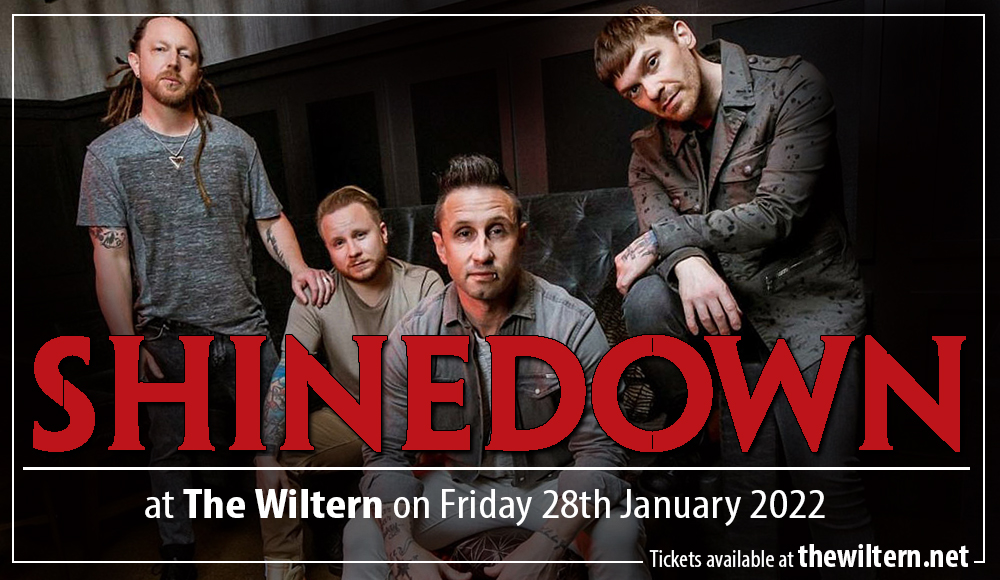 Coinciding with the Shinedown tour announcement is the release of their latest project, a feature film entitled ATTENTION ATTENTION. This feature film captures the experience and stories behind their critically acclaimed studio album broke records and was lauded as a commercial record-breaking success. The film was directed by Bill Yukich and hailed as “a visual masterpiece” and “optical roller-coaster ride.” This album brought Shinedown to what is considered their definitive body of work. The numbers are reflective of the album's magnitude of influence. The album garnered 622 million global streams, debuted Top 5 on the Billboard 200, simultaneously hit #1 on Billboard’s Alternative, Top Rock, and Hard Rock Albums Charts, and led to five iHeart Radio Music Award nominations.

Formed in 2001 by singer-frontman Brent Smith, Shinedown first topped the mainstream rock charts with their debut album, "Leave a Whisper" in 2003. Since then, their career pathway has been paved by nothing but shiny gold and platinum records. Shinedown has the most number-one singles on the Billboard Mainstream Rock charts out of any band, with 16, and all of their released singles have reached the top 5 on the chart. In June 3, 202, Billboard has proclaimed Shinedown as #1 of the Greatest of All Time Mainstreams Rock Artists chart released to celebrate the Mainstream Rock Chart's 40th Anniversary. These milestones have contributed to the whopping sales of more than 10 million records to date.

No rock music fan can turn a deaf ear to Shinedown's tour announcement. Act fast to score your tickets now!